The Vertex in Astrology 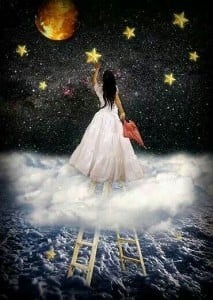 The Vertex in Astrology is a special point and quite telling when it comes to matters of fate.

People’s eyes always light up when the discussion turns to our destiny and fate. The burning question, however, on everyone’s mind is “When does it really happen?”

We’re all waiting for this thing called fate (especially the beneficial kind) and eagerly anticipating what it’ll bring to our doorstep.  But the question of “When will it arrive?” is the one we all want answered.  It’s a question that has passed everyone’s mind at one time or another – particularly in moments of uncertainty.

Being a predictive astrologer, I can say that the answer can sometimes be found if we are open to the possibilities. One of those possibilities begins with what’s called the Vertex.  The Vertex is not a planet or an asteroid. It’s not even a celestial body. It’s really just a special point that lives in our chart. If we want to get fancy with numbers it’s the intersection of the ecliptic and prime vertical points in our astrology charts. That’s as far as I’ll go with the numbers part of it—because it’s not the getting there that matters most – it’s what it reveals.

Every time the Vertex is triggered in our personal astrology – something out of our hands happens. A matter of fate and destiny begins to unfold.

Now, we have to keep in mind that fate comes in many different ways and it’s not always super apparent that it’s in play. That’s the tough part! Most often, we do not even realize fate is happening until we look back. This is especially the case with relationships.

The Vertex in Relationships is one of the key components in two lovers being fated together. It’s a special thing to see planetary connections (such as the Moon, Venus & Mars) being made to each person’s Vertex. This is explored in relationship connections and each person’s exact time of birth is necessary to really see it come alive.

Meeting someone out of the blue, being in the right place at the right time, hearing something important that helps us later on and finding ourselves in places that we never thought possible are just a few examples of fate, karma & destiny in play. 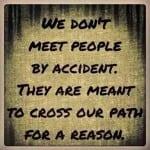 Sometimes, though, we just know what we’re doing or who we’re meeting is important. Other times the moment passes and we don’t realize what happened was significant until much later on – if at all.

My philosophy about using astrology as a beneficial tool entails looking at 3 elements – your past, present and future.

All three are key when it comes to honing in on what’s happening as well as what’s going to happen. When someone tells me of an important meeting or a key event taking place – I always look back and sometimes find that Vertex being sparked off.  Looking ahead, I always mention to people when their Vertex is being activated because something tends to happen that’s a matter of fate. It’s always beneficial to be aware of it. However, it doesn’t matter how we look at it, though, because there is never a need to force the issue when it comes to fate.

Fate will always find us regardless of what we do.

But having a little inside knowledge and being aware of when it’s in play can be helpful – especially in moments where you need a little hope boost.

So the burning question that I have for all of you today is “When is fate about to find you?

Discovering Our Karmic Destiny With the Moon’s Nodes

VIDEO: How Crystal B. Uses The Vertex in Predictory Work