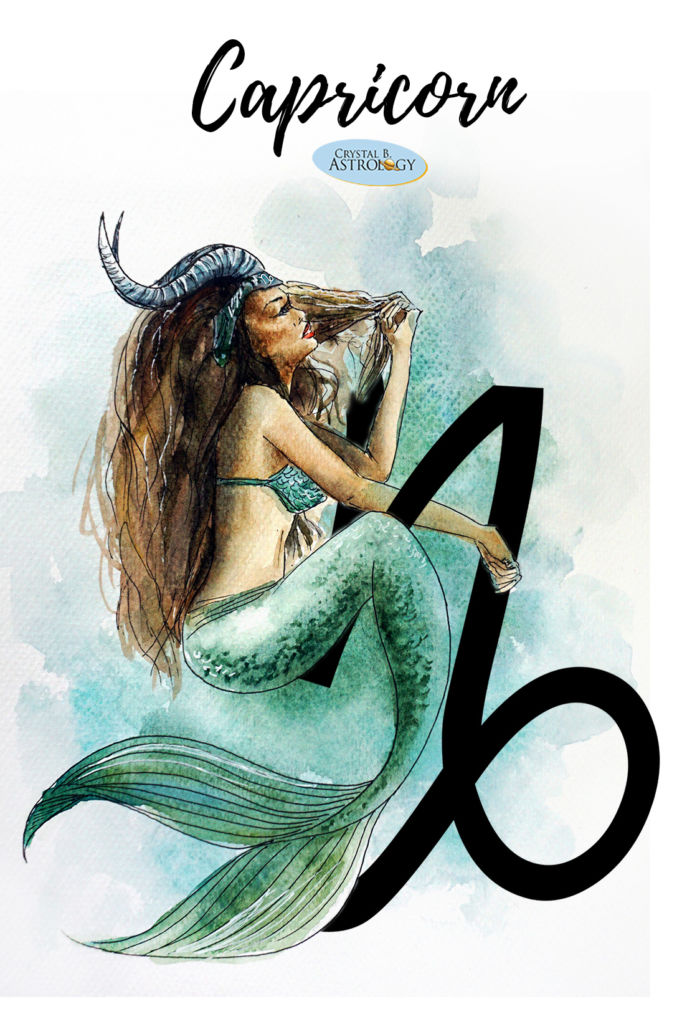 Capricorn is a sign that has a much deeper meaning behind the façade.

Before I get to my punch line, I want to get a few initial thoughts out of the way regarding the traits of the tenth sign of the zodiac.

Some of the things we’ve heard about the sign of Capricorn are indeed true —and for good reason.

I’m sure the word ambitious has been said more times than not—and that’s certainly the case. A true blue Capricorn will always reach for the stars given that they are a cardinal sign. These are people that take action and don’t sit around waiting for opportunity to magically pop up.

Capricorn makes their own magic happen.

Hard-working and responsible are other words that will always crop up. Whenever I hear people talking about the sign represented by the goat climbing up the mountain, there’s always mention of taking the long hard road. Capricorn doesn’t take shortcuts. They will always take the long way around.

A Capricorn that takes the easy path likely has a lot of other signs and influences operating in their personal astrology.

Now sometimes Capricorn takes the hard path on purpose. He or she will naturally discount the possibility of a lucky break. Other times they do it subconsciously and don’t even realize there might be an easier way.

Practical is another key Capricorn word that gets tossed around a lot. Nobody can deny their keen sense of being able to tune in quickly to the consequences of rash action. Capricorn will always have a list of pros and cons going on in their mind.

Unfortunately, the cons side is a lot longer because there’s always a chance something might go wrong.

Serious is another word that gets used to describe this sign — along with traditional, conventional and strict. Capricorn just can’t help being buttoned up. They like making rules and following them too. Breaking them totally goes against their grain.

Side Note: It’s actually quite fitting that all our New Year’s Resolutions get made at the time of the New Year when the Sun is traveling through the strict, disciplined waters of Capricorn. Usually sometime in February, when the Sun hits the rebellious sign of Aquarius many of our resolutions seem to go out the window.

But getting back to my goat …

Goals are another important theme in the Capricorn world.

They will always strive to get things done and know deep inside what their end game is. Their focus will always go into tackling projects of any size rather than letting loose and having fun.

Bringing their goals to life and making them a reality is what Capricorn’s about. There are no breaks or luck in Capricorn’s eyes. Success comes from hard work, period. Taking the easy way out is never an option for them. They’ll take the long, hard path each and every time.

The last key word that comes along on the Capricorn ride most is reliable. No matter what – they will always deliver. If we really want to get a big job done, call your favorite Capricorn. They’ll tackle it seamlessly and hardly break a sweat. They will also always answer if we call for help.

However, the word or theme that’s missing most in all of these Capricorn conversations is old.

Capricorn is the quintessential old soul and that’s something that hardly comes up in the Capricorn conversation.

Capricorn is the sign of the zodiac that’s born old.

By old, I don’t mean old looking. On the contrary, most Capricorns will always find a way to look pretty fabulous most of the time. They care about their appearance as well as what others think.

The truth of the matter is that each one of them comes into this world with some sort of baggage or hardship. A responsibility factor usually finds them early on. They also seem to start worrying rather early on as well. Sometimes it comes with the environment they are born into and other times it’s just a part of them naturally. They can’t help it.

Some parents of Capricorns will tell me they wish their little goat would lighten up a bit as they are far too serious. Their little old souls can’t, though. The good news is that they will eventually and I’ll get to that in a moment or two.

When you look deeply at a Capricorn, it’s probable that we’ll notice something that marks their old soul.

Maybe it’s their eyes, the inside of their hands or just something in their glance that makes you know they are wise beyond their years. An old soul stamp or marker is always somewhere, not always visible at first glance.

We’ll always want to sit next to them and ask their advice on this or that because we know they’ll have a great answer. They’ll want to help us too because at the end of the day part of Capricorn’s drive isn’t for his own personal gain – it’s to be of service, lend a helping hand and save the world from something. It’s no wonder that Jesus Christ, one of the most known saviors, was born while the Sun was shining in Capricorn. Only a Capricorn could be up for that job.

I’ve always marked Capricorn as having what I like to call “Benjamin Button” syndrome and let me explain. Perhaps you’ve read the short story, The Curious Case of Benjamin Button, by F. Scott Fitzgerald or watched the movie that came a while back starring Brad Pitt and Cate Blanchett. Whether it was the book or the movie isn’t the point. What is important, however, is the main character.

Benjamin Button brings Capricorn to life like no other.

This is the story of a man born old who grows younger with time. In the beginning, we see an old man hobbling around that’s been weathered by life’s storm. By the end of the movie, though, the main character has gone through the total reversal of aging and grows into a baby.

This is precisely Capricorn’s life theme.

They come into this world little old souls—weathered, wise and knowing. But as time goes on they grow younger and lighten their load as they age. The heaviness and sense of duty and responsibility that was around them so early begins to lift with each year that passes. They become lighter, freer and more fun. This is the sign that has the most fun after 40.

As children, people around them notice the old soul stature they all seem to have. Their demeanor and overall behavior will always seem well beyond their years.

For a Capricorn, personally, there’s a burden or a heaviness that comes from the beginning.

Their sense of duty for whatever reason starts early. They always end up being the family member that takes on the most responsibility – whether they need to or not. Others don’t get in their way either because Capricorn just won’t have it. They will always need to be the boss and person in control of the situation. While it’s difficult to always carry that responsibility, Capricorn needs it to feel complete. They would never pass the buck – ever. Their guilt would never let them.

It’s not easy living in this kind of old, responsible, duty bound skin – but Capricorn always finds a way to get to the top and look good all throughout the climb. Most often success comes to them later in life. This isn’t the sign that typically rises early on or steps into a pot of gold – they have to work hard for it.

When it comes to relationships, the person (regardless of the sign) that’s going to mesh with them best is going to be the one to help them lighten their load. The key to a Capricorn’s heart is helping them loosen up – while letting them remain in control at the same time. This is not an easy feat by any means but once they let us in, it’s for life.

At the end of the day, Capricorn is a sign that’s important to have somewhere in our corner.

If there’s ever a time where you need true blue wisdom, this is the sign to call on first. They have an uncanny way of cutting through the drama and getting to the solution real fast. They are old soul super stars, in my opinion, despite the inner workings that may baffle many of the other signs. 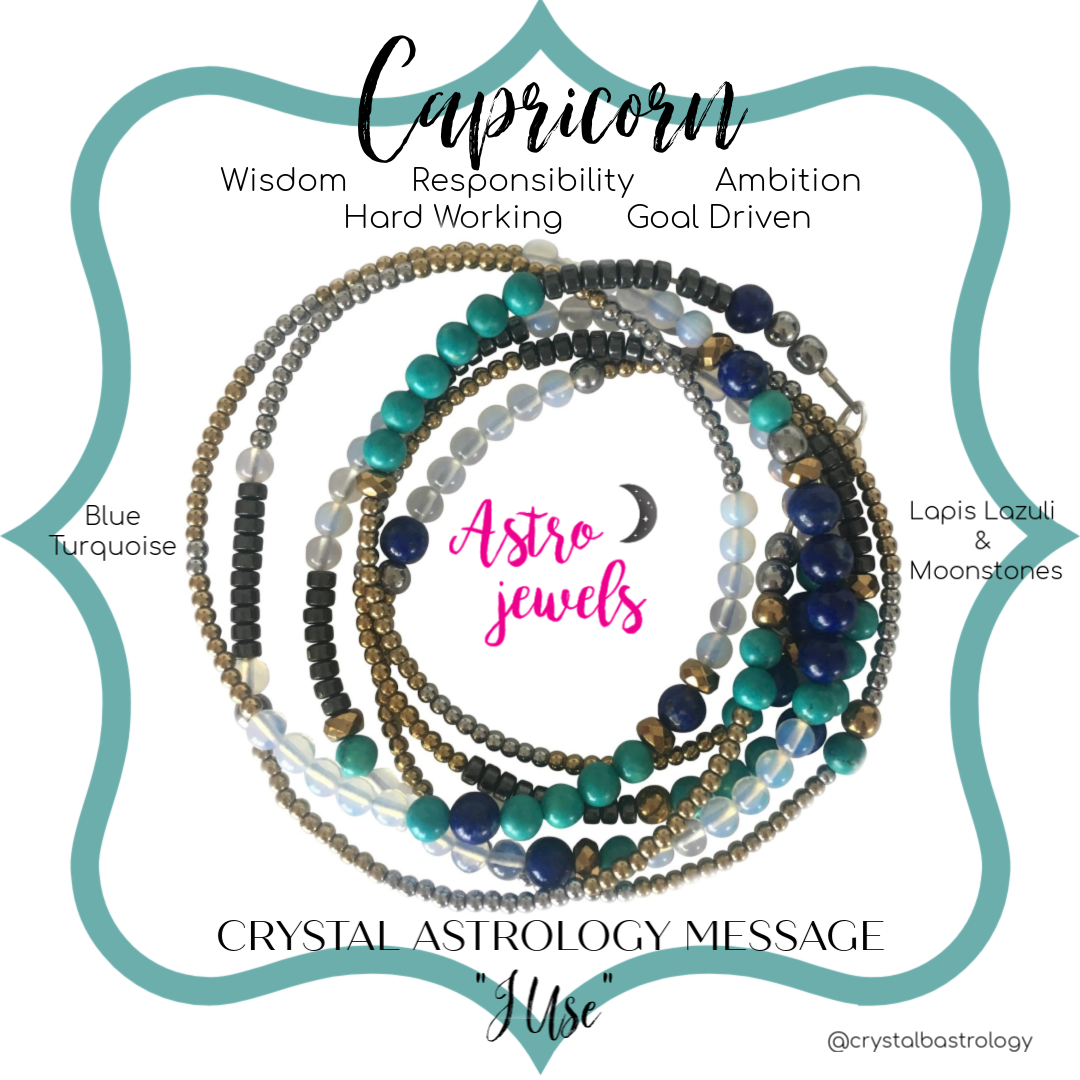