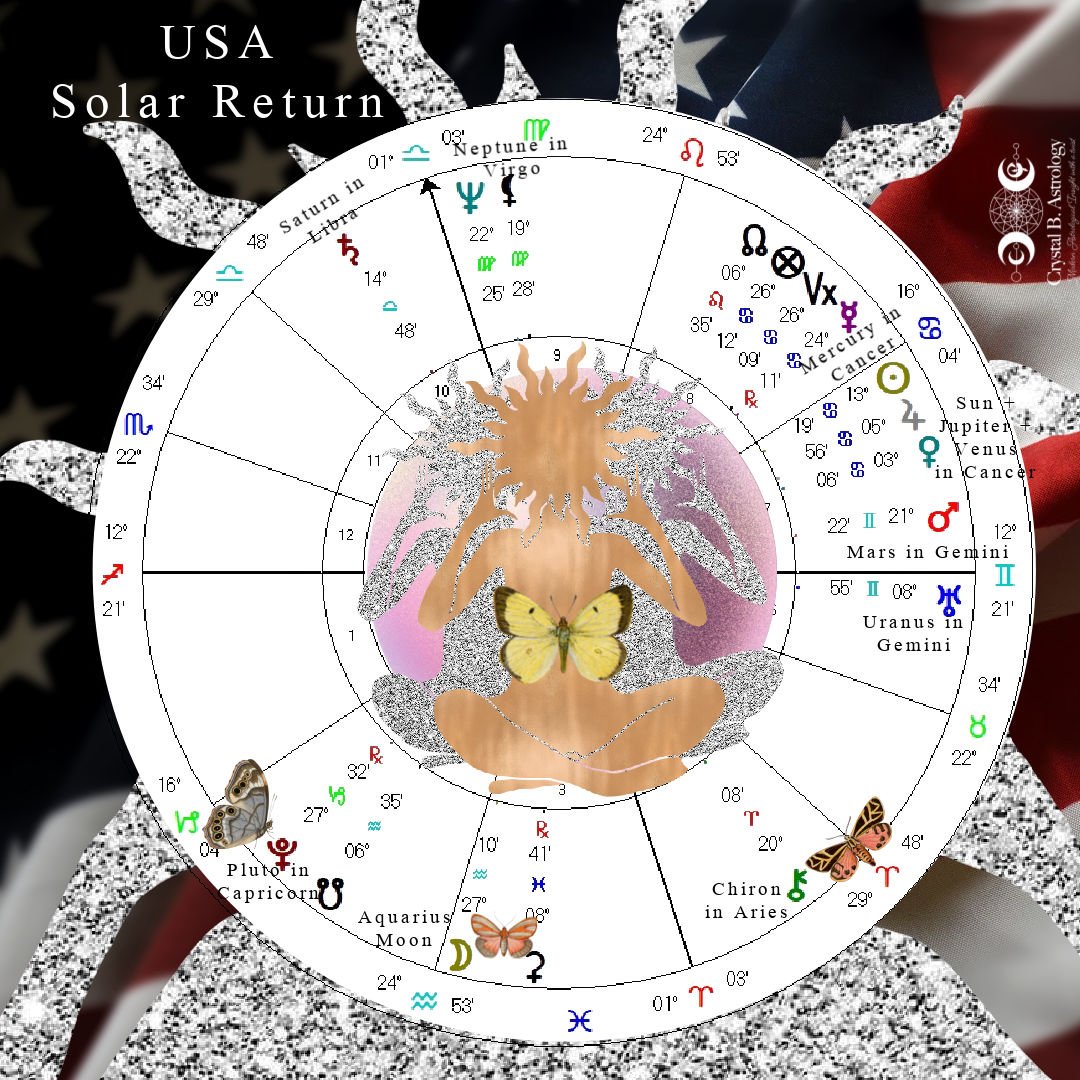 The 2022 USA Solar Return Marks Transformation, Upheaval and Change in the Coming Year

On July 4, the USA celebrates its 246th birthday. In the grand scheme of the world, its a relatively young country. Now, through the eyes of astrology, its going through a major test of transformation. What’s ahead may be one of the greatest challenges its faced. The process is not easy and uncomfortable. But it’s already begun and there’s no stopping it now. We can expect things that have been hidden and repressed to continue to come to the surface. Let’s take a look at some of the planets behind the WHY.

The USA is currently going through its Pluto Return, the first of its existence. Pluto tests our core existence and exposes vulnerabilities like no other planet. It burns down old paradigms in order to rebirth new ones. Pluto is the planet that represents the continual cycle of life, death and rebirth. In many ways, the theme of Pluto is embedded in what’s to come in the year ahead for the USA.

We’ve already being seeing this unfold all throughout 2022 — and the story has only just begun. On Feb 20, the first part of the USA’s Pluto Return, Russia invaded the Ukraine. The next hit will be on July 11, following an outcry over the Roe vs. Wade overturn. Finally, the third hit will be at the end of the year in late December. The end of the year will be extra interesting given that Mars will be retrograde (fueling anger, upset and irritation in what’s unfolding). The honest truth is that whatever needs to happen will get worse, before it can get better.

There’s always a lot of speculation as to what the USA’s exact birth chart is. Most astrologers have accepted the Sibly Chart, which was born on July 4, 1776 at 5:10pm in Philadelphia PA. Using that chart, the USA has an Aquarius Moon denoting the importance of group and collective action. The country’s emotional core is built on a “by the people for the people” mindset. Aquarius is ahead of the times and the USA has thrived on that.

But the USA’s Moon is being beat up by Saturn. Saturn’s testing the emotions of the country and helping to shed light on the great divide of views. Saturn will continue to test these emotions till early 2023.

By the People for the the People: Collective Action

Pluto will change signs on March 23, 2023. This is a shift that hasn’t happened since 2008. Pluto will exit Capricorn and enter Aquarius. Expect collective action to save the day. New strength, likely fueled by the youth of the country, will begin to grow. It’s a long process, though, given the slow movement of Pluto. He will move back and forth till November 2024 when he finally enters Aquarius for good.

A New Kind of Industrial Revolution

Pluto’s emergence into Aquarius will ultimately be a progressive shift for our society. A new kind of industrial revolution will unfold and we can expect it to be very much intertwined with Aquarius. Artificial intelligence will likely lead technological waves.

This is a very long process, however, and one that will deliver a lot of events along the way. The wheels of fate will continue to churn. There is just no stopping the death and rebirth in motion.

Learn more about how all these change factors influence your sign in Member Horoscopes!

Check Out What's Behind the Scenes 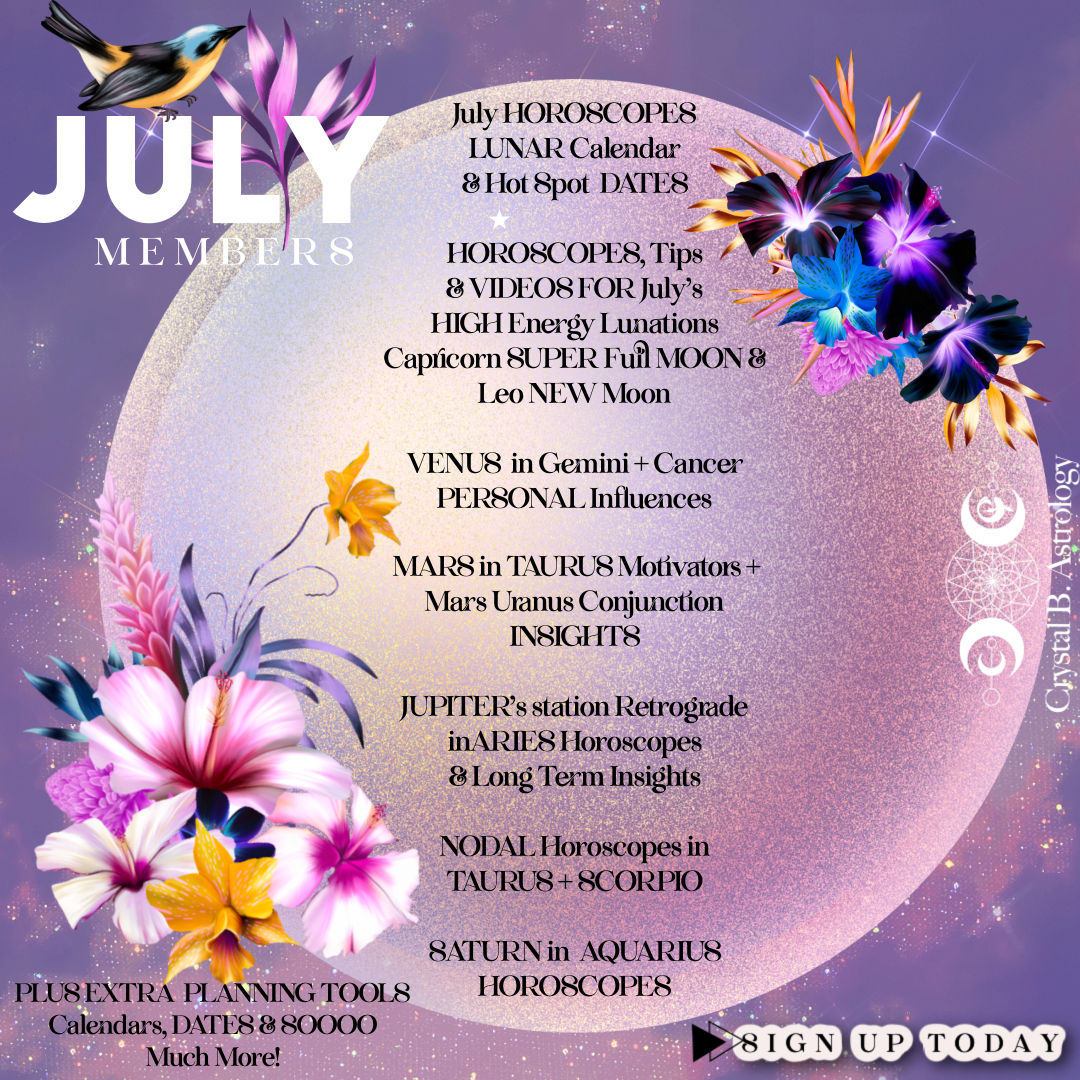