Twas the Night Before Christmas: A Visit From Santa’s Favorite Astrologer 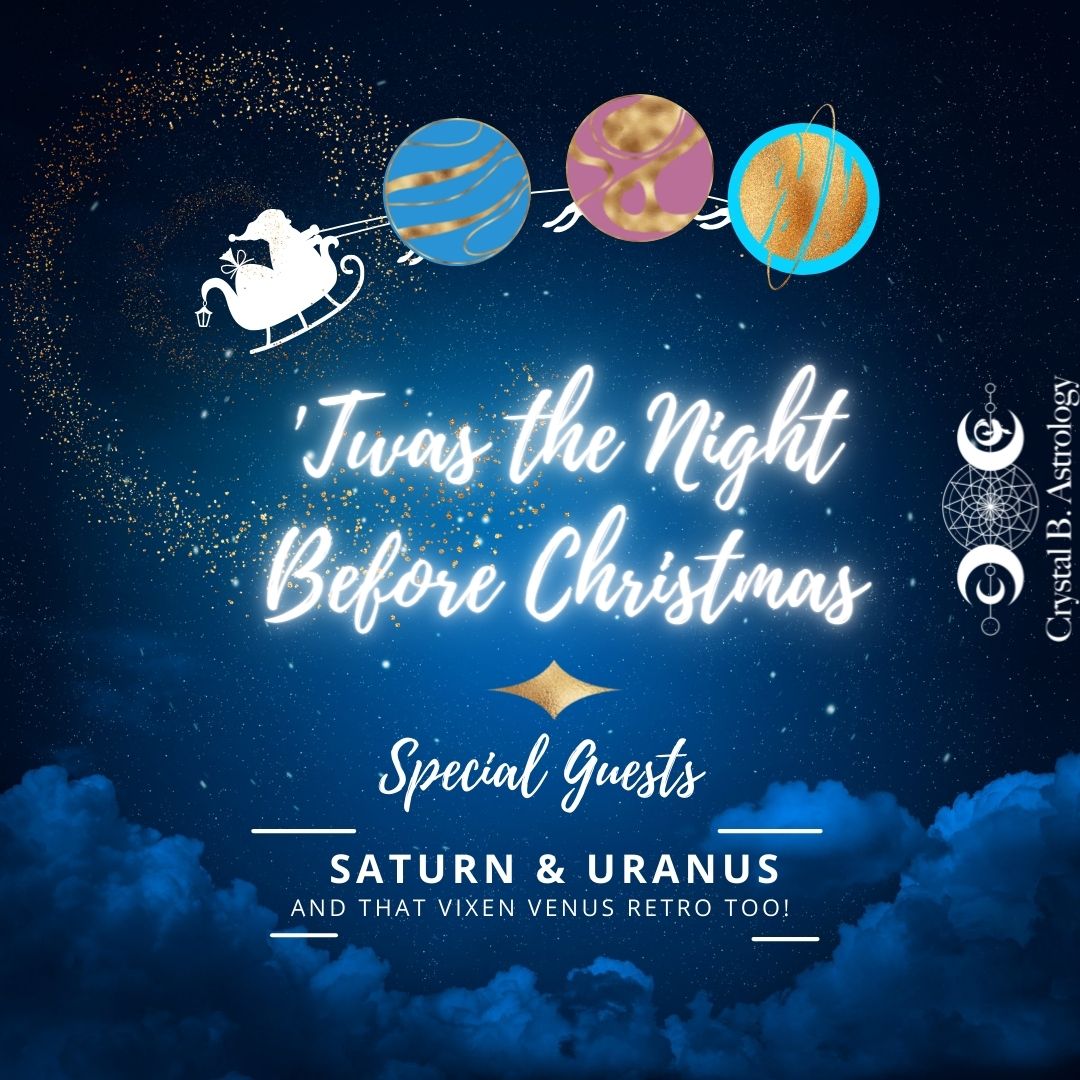 A Visit From Santa’s Astrologer: Crystal B’s Spin on ‘Twas the Night Before Christmas

I originally wrote this poem, for some planetary fun, I think back in 2017. In good holiday cheer, I updated it for 2021! Enjoy an astrologer’s spin on a “Night Before Christmas!” Merry Christmas everyone!

‘Twas the night before Christmas, when all through the sky
Not a planet was stirring, not even a star-fly.
Our hopes were all up that good things for the future were in store,
All we wanted was for Santa to soon deliver better opportunities for 2022 & more.

My family and I settled down and nestled snug in our beds,
While visions of opportunities danced through our heads.
We thought of finding more freedoms, less masks, love, career opportunities, and lucky breaks
And settled down with our Astrology Charts to see what was at stake

We tried to decipher our astrology and see what our planets said,
But it was quite IMPOSSIBLE to read
Away to the window I decided to toss our charts afar,
I WISHED for Santa’s Astrologer to help me read the stars

The Moon’s rays were gleaming on the new-fallen snow
And it shone a beautiful light down to the objects below.
When, what to my wondering eyes should come into the light,
But a dark haired Astrologer walking through the starry night.

Ooh goody I thought with a wink and a blink and loud little yelp,
I knew in a moment it must be Santa’s Astrologer coming to help.
She came closer and closer in a sleigh, singing a fun astrology song,
Which included the names of all the planets – and NONE were pronounced wrong!

“Come Mercury, Mars and Neptune! Come Saturn & Uranus! You too, Venus you dirty little Vixen!
On, Comets And Cupids! Pluto you’re really Blitzen!
Let’s not forget that lucky Jupiter too!
Each planet is important and part of the crew!”

As dry leaves that before the wild hurricane fly,
When they meet with an obstacle, mount to the sky.
So up to the house-top the coursers they flew,
With a sleigh full of luck and opportunities, and Santa’s Astrologer too.

And then, in a whirling, I heard the twinkle of a star
It was the twirling and curling of each planet coming from afar.
As I drew in my head, and was turning around,
Down the chimney Santa’s Astrologer came with a bound.

She was dressed all in black, from top to toe,
And her clothes were all twinkly with lots of tiny stars that glow.
A bundle of luck and goodies she had flung across her back,
And she looked like a gentle gypsy delivering goodness as she opened her pack.

Her eyes—how they twinkled! Her smile so witty!
I knew she’d be able to read our charts and take us away from our party of pity!
How thankful to Santa I was that he let us borrow his planet reader,
I had to think quickly of something to feed her.

An astrology reference book she held tight in her hand,
And a bracelet of crystal stars wrapped around her like a band.
A mystical glow followed each step that she took,
And it looked like she held many astrology charts in her book!

She sat down and took a look at my chart first like a jolly good elf,
And I laughed when I saw her, in spite of myself!
A wink of her eye and a nod of her head,
She soon told me  I had lots to look forward to and nothing to dread.

She spoke not a word, but went straight to her work,
Then filled all our stockings and with  lots of planetary goodies in every nook,
She wanted to relieve the planetary stresses and more,
Leaving little tips & tricks to get us closer to all the good things in store!

She quickly sprang back into her sleigh and gave her planetary team a whistle,
And away they all flew like the down of a thistle.
But I heard her exclaim, ‘as she flew out of sight,
“Good things to everyone for 2022, and to all a Good-Night!” 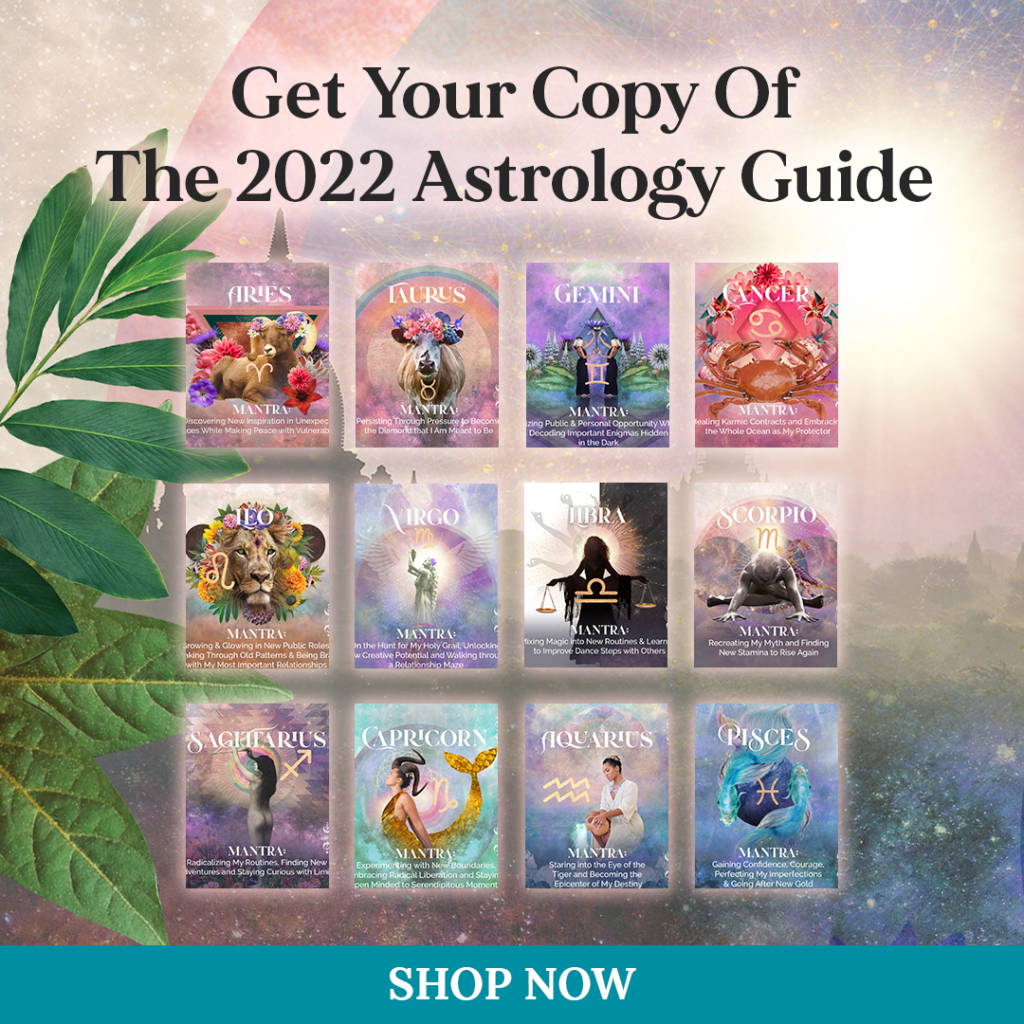