The Anger and Astrology of Roe vs Wade Overturn 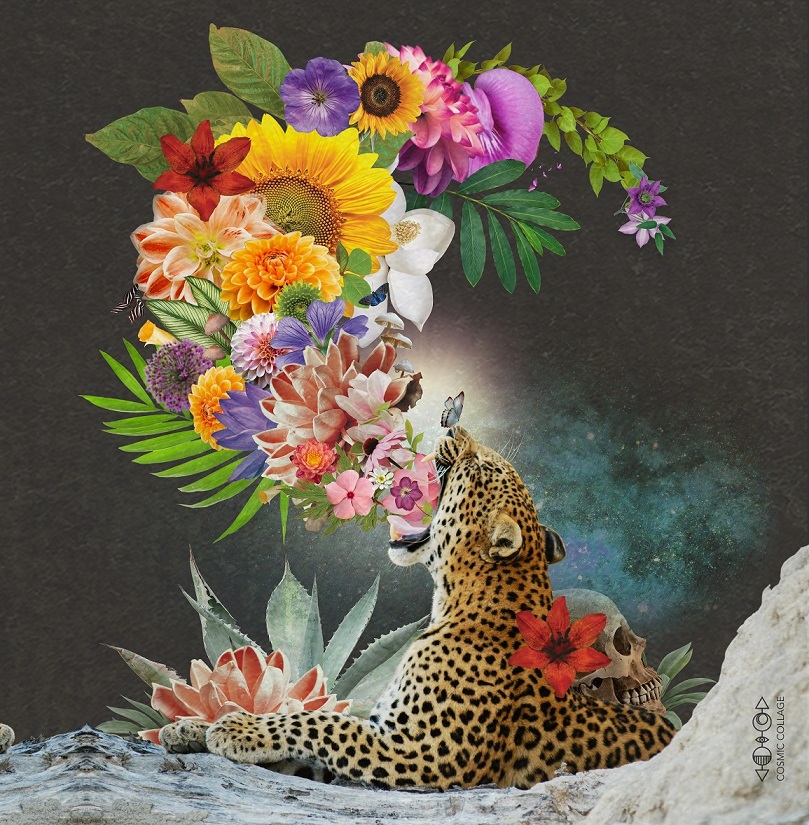 Are You Feeling Angry? Looking at the Astrology of Roe vs Wade Overturn Can Help Process What’s Going On

On June 24, 2022, the USA Supreme Court made the radical decision to overturn Roe v Wade. The ruling overturned a woman’s constitutional right to the guarantee of an abortion in the United States. This decision created shocks not only in the USA but from many all over the world. It undoes decades of legalities of securing a woman’s personal right to choose.

The reality that we’re still in a place of inequality and it made me angry. It made my daughter angry. And it made millions and millions of other women angry. Protests have already begun and I know they will continue to gain strength. This is a collective moment and while it’s terribly uncomfortable, a rising is underway.

The astrology behind all of this reveals that major transformation and change is in motion. Given the coming terrain, there will be MUCH more to the story and what happens next. What’s happening here is far from over.

I always turn to the planets to help me make sense of things that don’t make sense. And for that reason, I wanted to share what I’m seeing and why I know that this anger will fuel the collective to break the bones of old paradigms and make way for something entirely new. But the honest truth is that what we need to go through, as a collective, will be uncomfortable. The astrological forces that we’re dealing with aren’t pretty. They are intense and transformative. 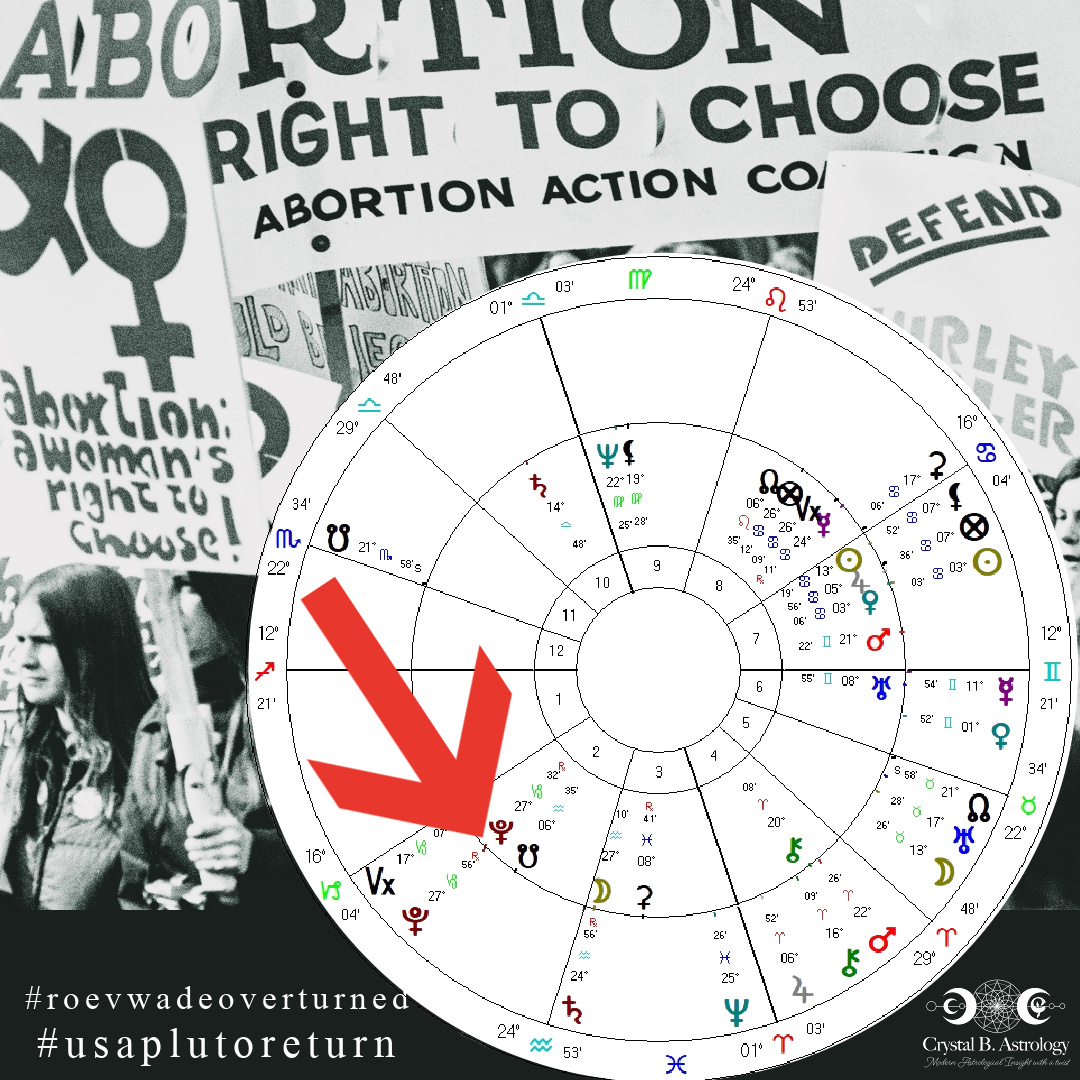 Here’s a chart of the USA’s birth chart with the planetary transits surrounding it at the time the news went public. You can see Pluto, the planet of destruction + death and rebirth, coming closer to make his second conjunction with Pluto. Saturn, another change agent, is right on the USA’s Aquarius Moon creating another challenge. The Moon in astrology represents females, emotional security and the mother. The Sun, currently in Cancer, is directly on the USA’s Venus. Venus is all female energy, as is Cancer.

Just these highlights alone showcase a major mix of energy. Volatility alongside a surge of female energy, emotion and protection.

While there are many factors involved, Pluto and his destructive forces, is the influence that I believe is leading the way. Pluto the planet of power and powerlessness and the USA is going through a transit that only happens every approximately 240 years. The USA’s Pluto Return, its first ever since its a relatively younger country, has been under way for some time now.

The first hit was on Feb 20, when Russia invaded the Ukraine. Women’s inequality is only one of the many exposure points coming to light during this time. Through this process he will reveal the USA’s vulnerabilities and strengths in an extreme and volatile kind of way.

On July 11, the USA will get the second exact hit of its Pluto Return. 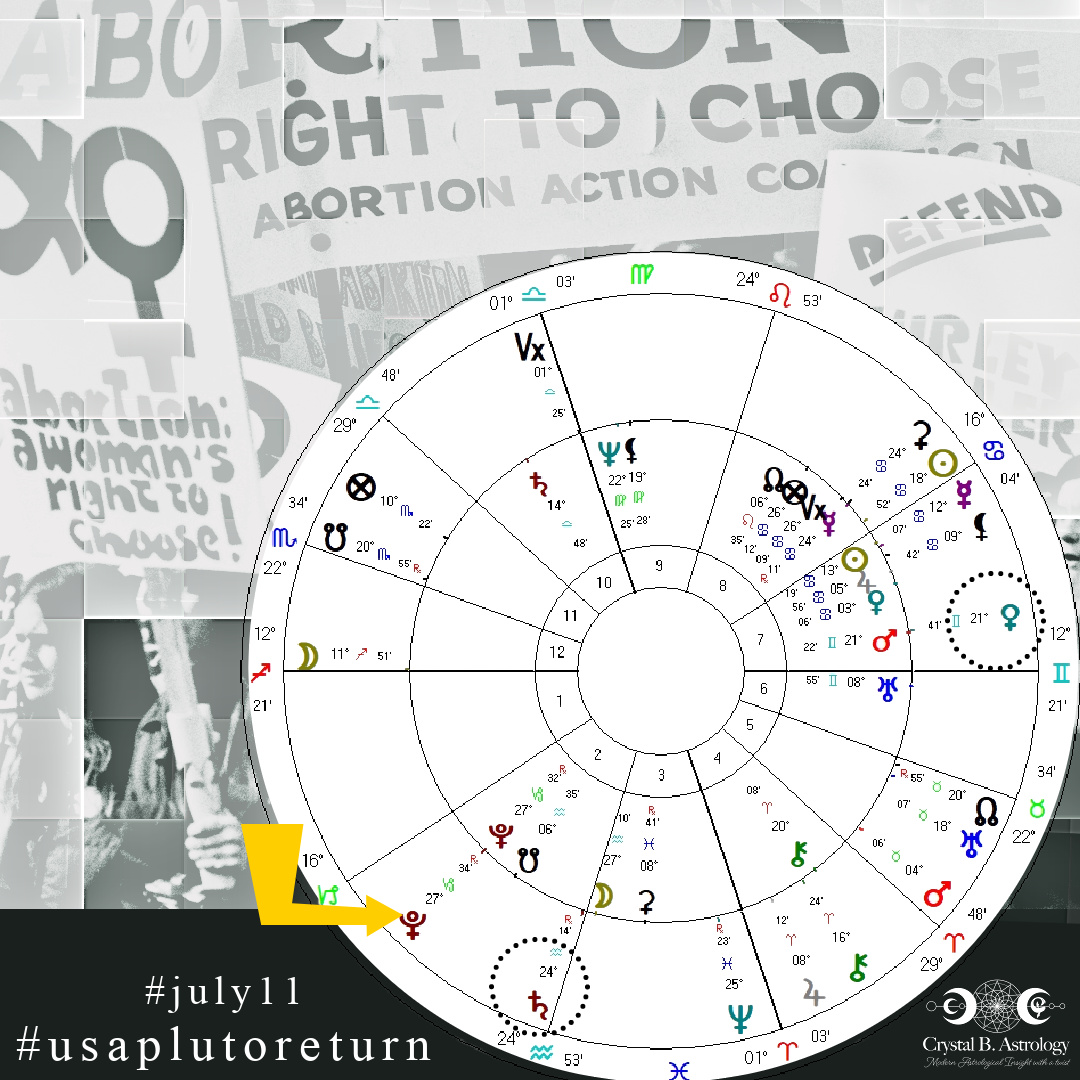 Expect what’s happening now to come to a new peak then. But it will continue on, since conclusion won’t be till later in the year on Dec 20. Pluto exposes in the harshest way. He also tears things down in order to transform them into something entirely different.

What’s been on my mind ALOT in thinking about all of this is how Pluto will change signs in March of 2023. He will begin exiting Capricorn and head into Aquarius, the sign of the collective & group. That in itself is a sign of how powerful the group energy will become. No one person is going to fix this. Whatever needs to change needs to be a collective uprising.

But Pluto moves VERY slowly. While Pluto will change signs (something he hasn’t done sine 2008!) he will move back and forth in between Capricorn and Aquarius for a bit.

So if you’re feeling angry – that’s good. Anger fuels change. Talk about what’s making you angry. Talk about it with others. But anger can also fuel the mis-management of power. Power struggles, who’s got it, what we’re in control of and what we’re not is ALL surfacing now more than ever. There is so much anger in the world right now that needs to find a better outlet. Anger is displaced.

My hope is that with the Aquarius energy coming into play over the next several years, we’ll be able to find new ways to channel change constructively through the collective and group action.

I have always been so drawn to Cosmic Collage’s Alchemy of Anger piece. It’s actually hanging in my office in Montclair to always remind me of both the beauty and ferociousness of what anger can do. It also reminds me that it’s ok to get angry too. Lori graciously allowed me to use it for this piece and I encourage all of you to resonate on it. Get angry but look for channels to turn it into something better. We always have a choice — even when you feel like all choices have been taken away. 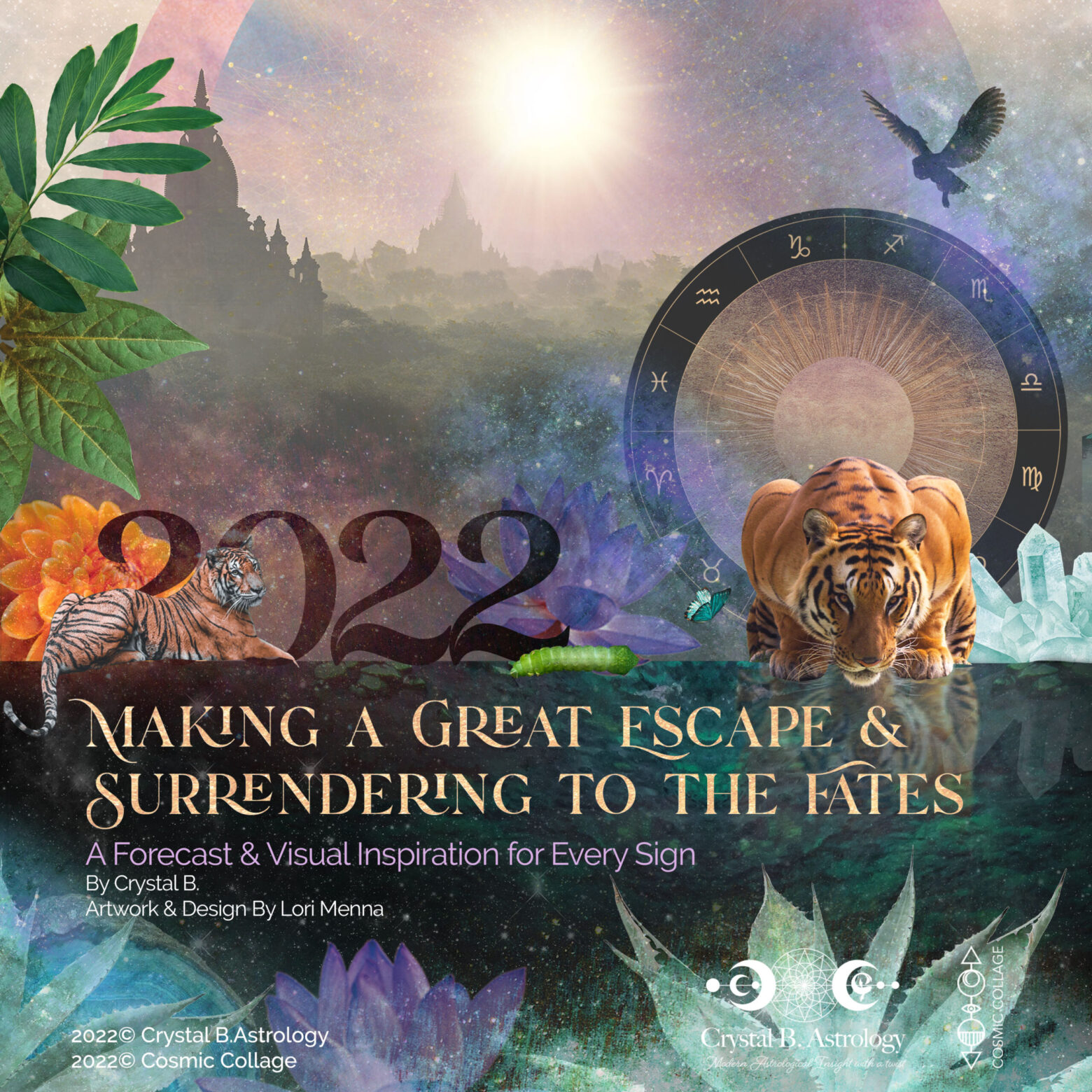 Check out What My Members Are Saying! 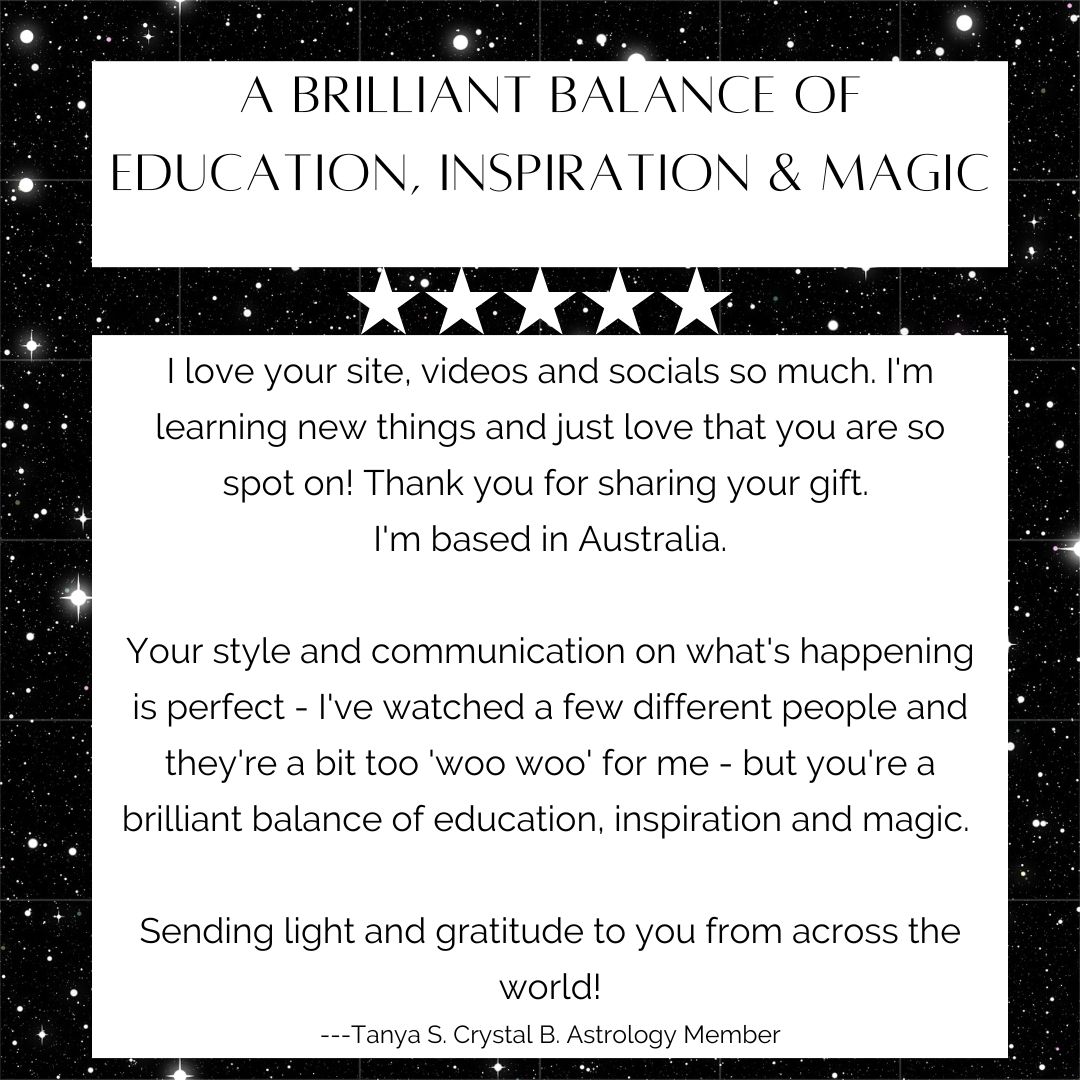