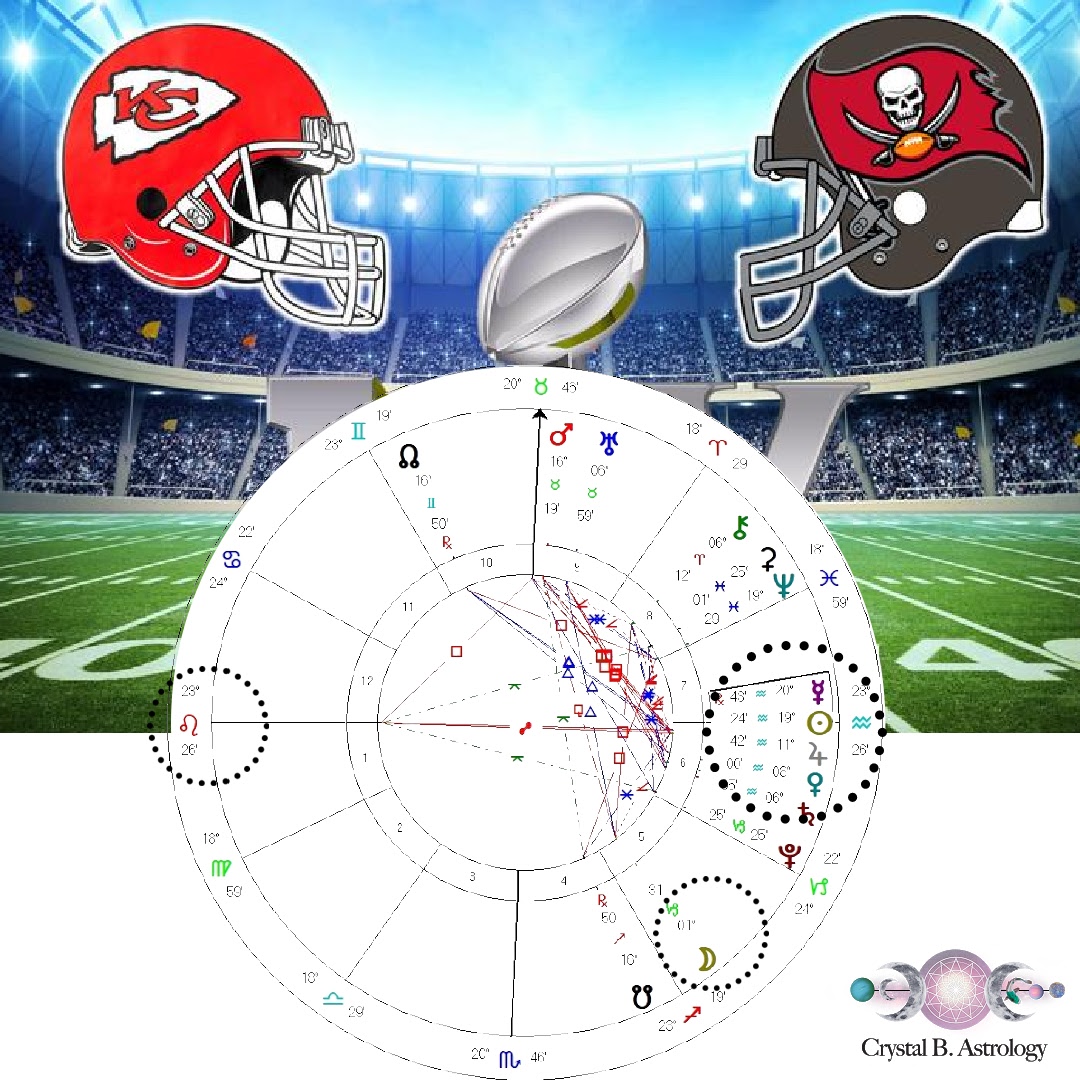 The astrology behind the Super Bowl 2021 revealed a strong case for the Buccaneers to take it home. With Tom Brady and his astrology leading the way the stars aligned just right for his GOAT moment. The planets showed a great deal of support for TB with Jupiter (and all the other Aquarius energy) trining both his Mars and Pluto EXACT!

Another interesting thing is that when the Buccaneers won back in 2003, the same degree of Leo was rising at the start of the game. In 2020 and 1970, the last times the Chiefs won, Leo was also rising. What was vastly different between 2020’s game and the 2021 one was an elemental one. In 2020, there was a heavy EARTH element, where as in 2021 it was a lot of AIR.

Unfortunately, we only have Tom Brady’s time of birth. For all other charts, the time is set to noon with the Sun on the first house. When it comes to not knowing a birth time, keep in mind that the Moon moves very quickly. Depending on where the the Moon’s degree is at the beginning of the day, it could very well change signs by the time the clock strikes midnight.

Here’s a deep dive into the game charts and some of the biggest winners in last night’s game! 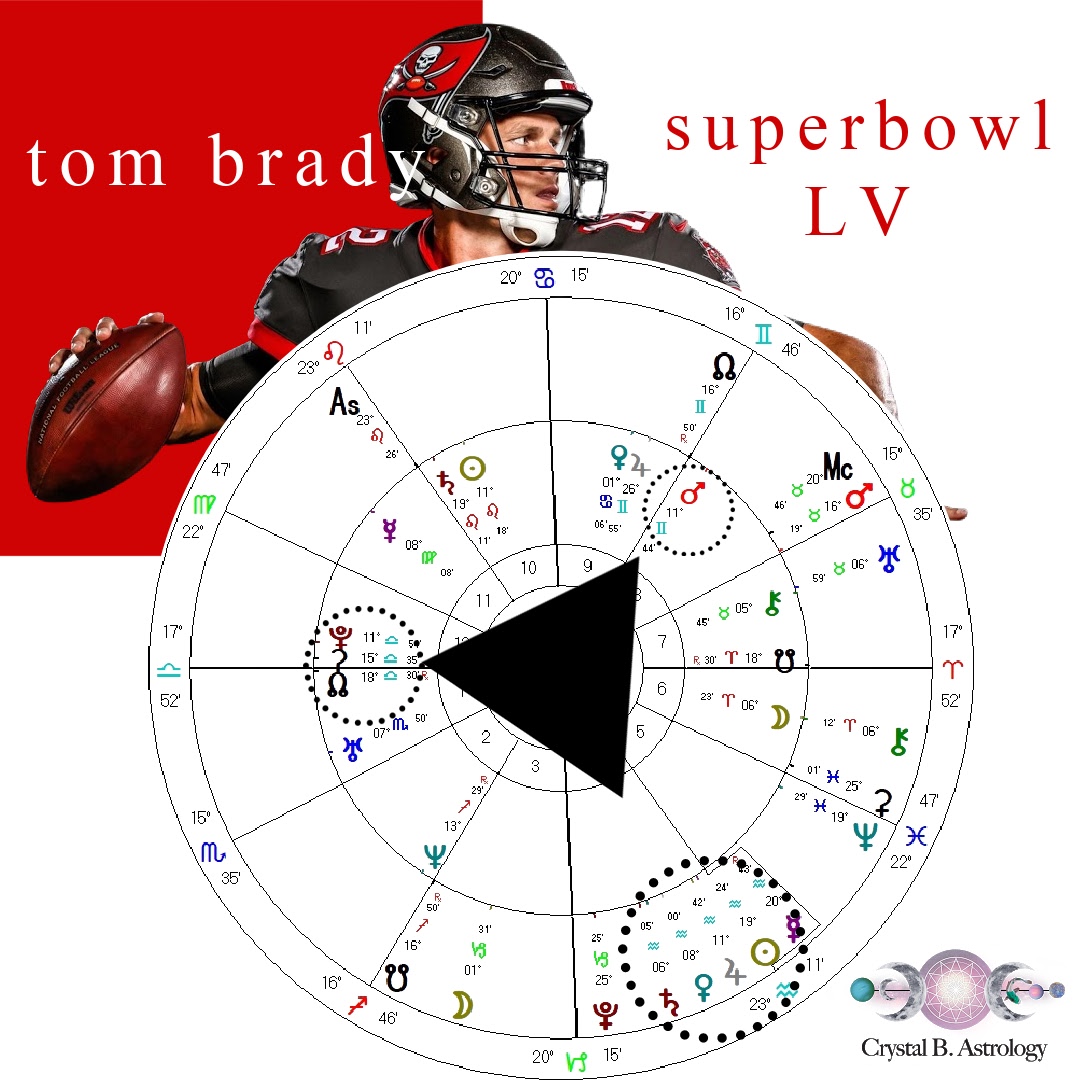 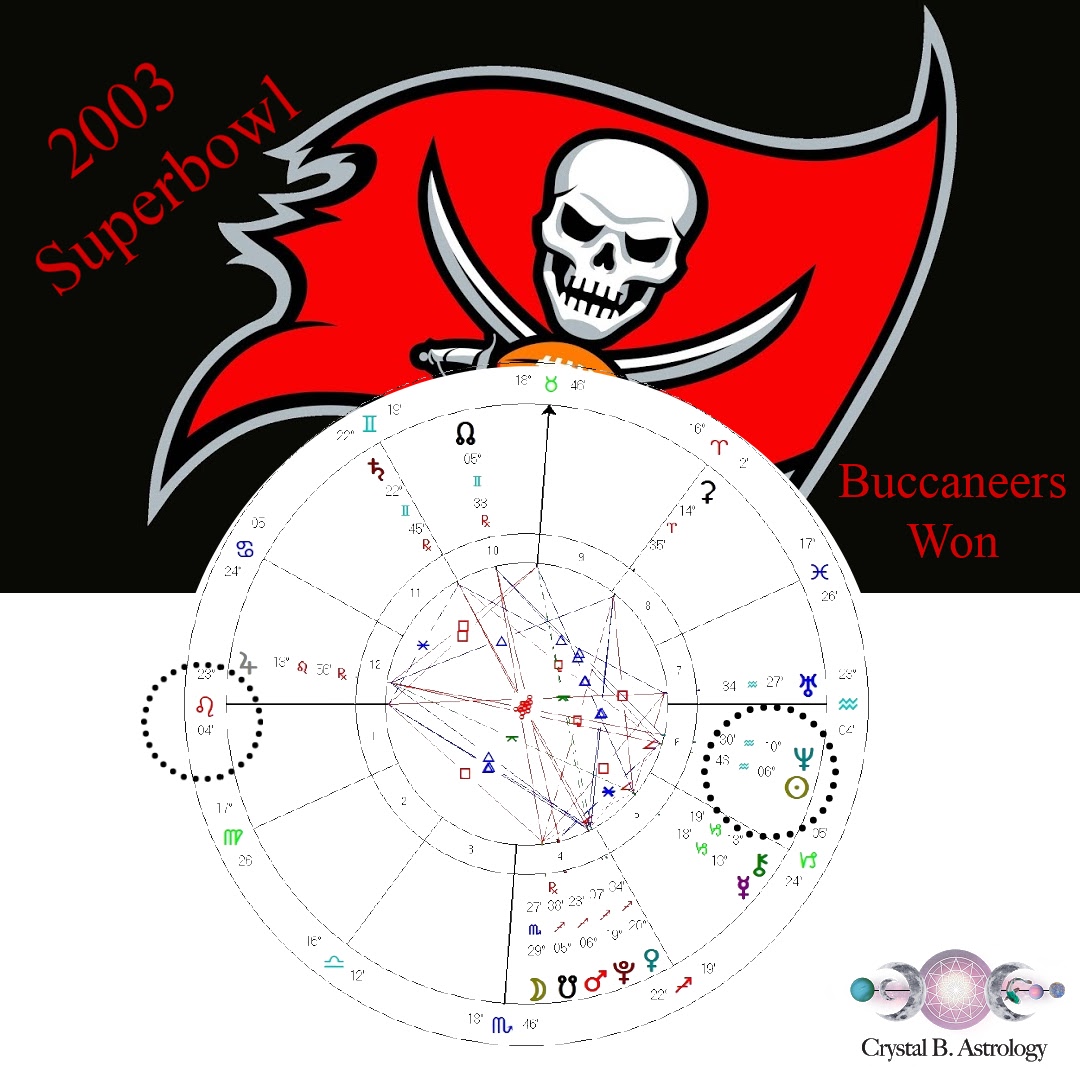 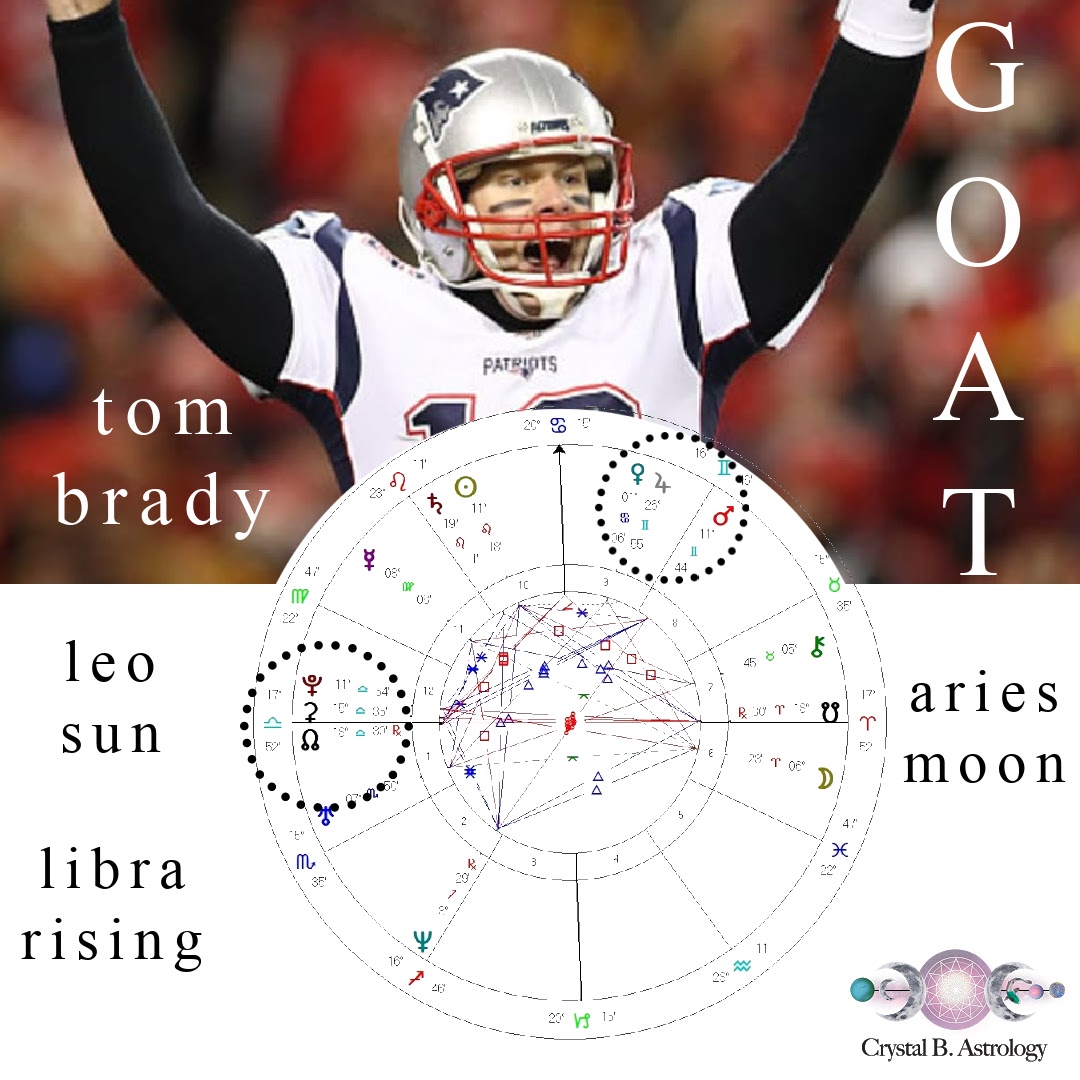 In 2021’s Super Bowl game, transiting Jupiter activated TB’s Mars + Pluto trine. All of the transiting Aquarius planets (including the February 11, 2021 New Moon) were also activating his natal Jupiter in Gemini (which conjuncts his ruling Venus).

There were some other noteworthy charts to make note of too!

The element of AIR was dominant in the skies on Super Bowl night … and it will continue to be all throughout 2021. If you’ve got it somewhere in your chart, at some point you will get a WIN just like these winners. The players weren’t the only ones taking home some wins. Sarah Thomas, became the first woman to officiate at a Super Bowl in last night’s game. She has Pluto, Mercury and Uranus all in airy Libra. Her natal Jupiter is also in Aquarius. Transiting Jupiter will soon meet up with it and deliver her Jupiter Return (the beginning of new 12 year cycle).

Take a look at all of the noteworthy charts below, along with their air placements circled. No birth times were available and the charts have been set to a 12am time with the Sun Rising. 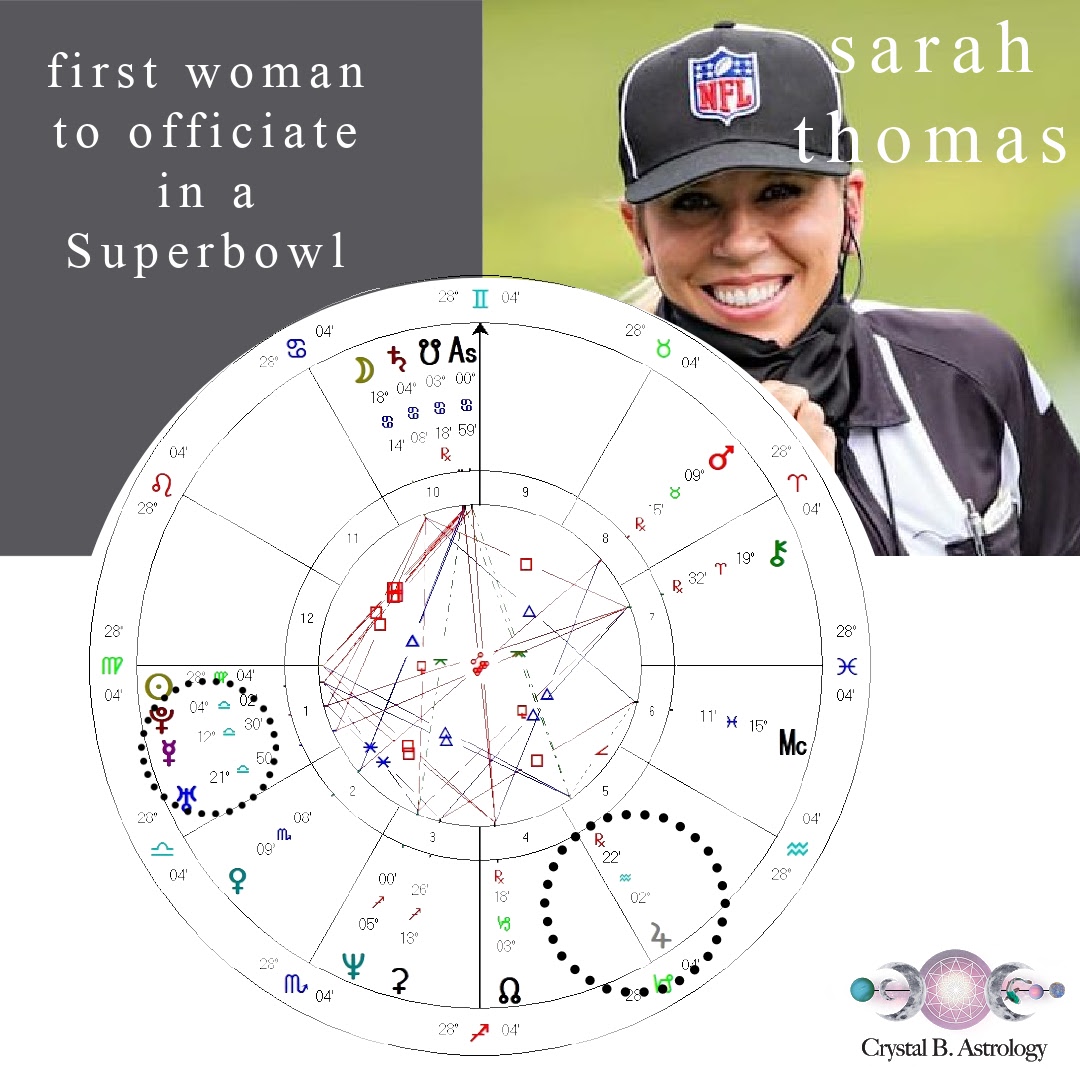 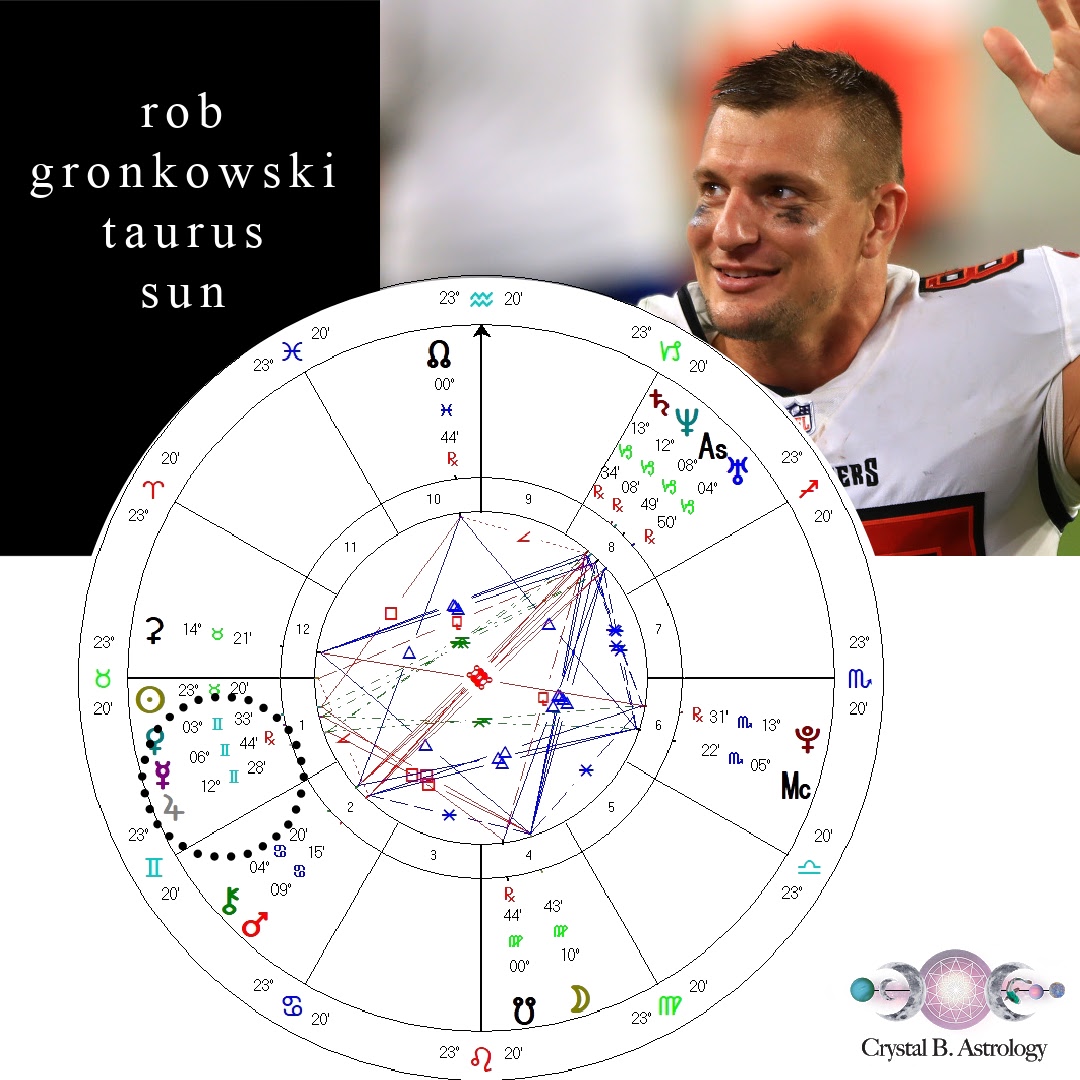 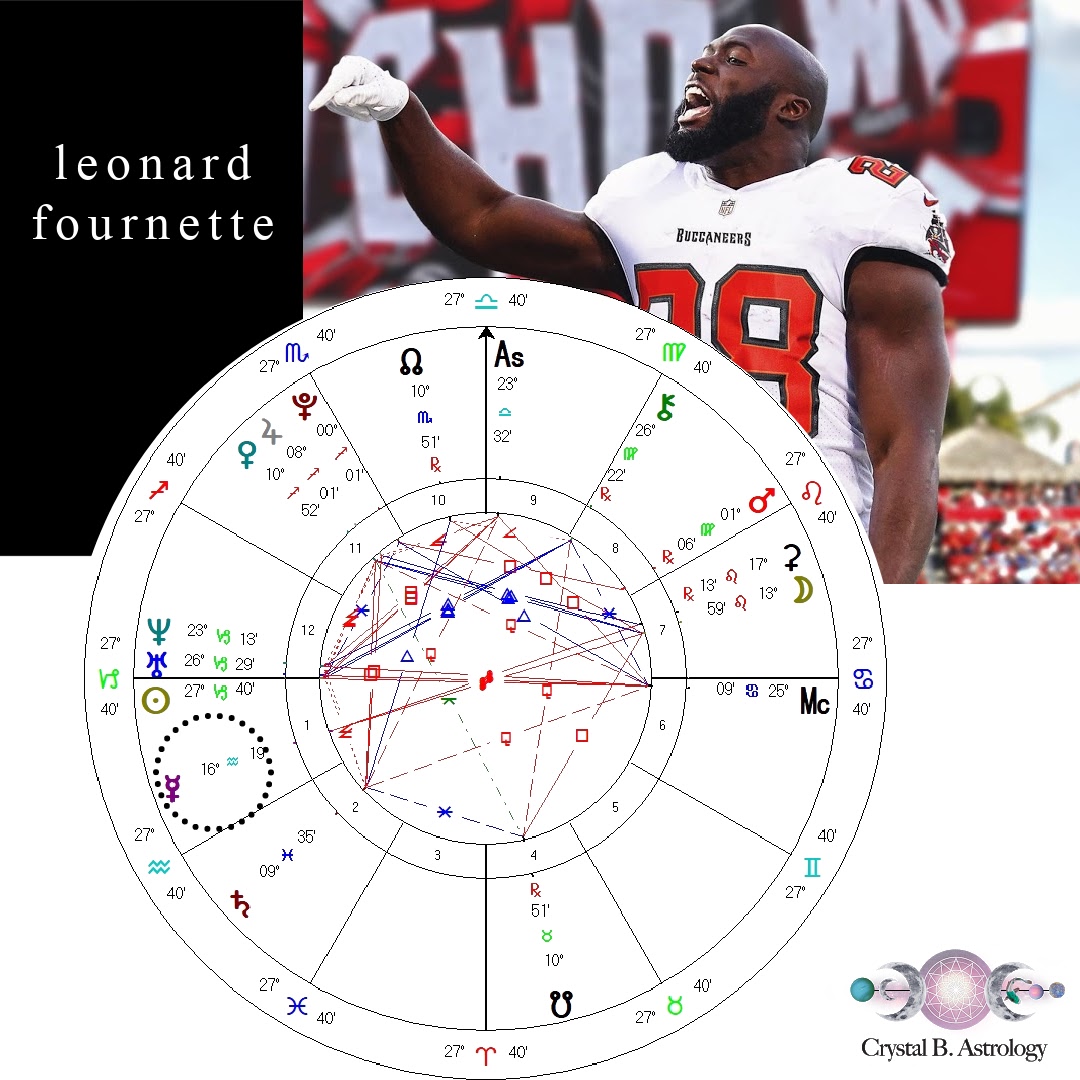 Keep a look out for AIR activations in your chart … especially with this week’s with a super potent Aquarius New Moon ready to reinvent something special. Access more information surrounding the February 11 New Moon Story and your sign’s February Horoscope below.

Check Out What's Inside the Membership in February 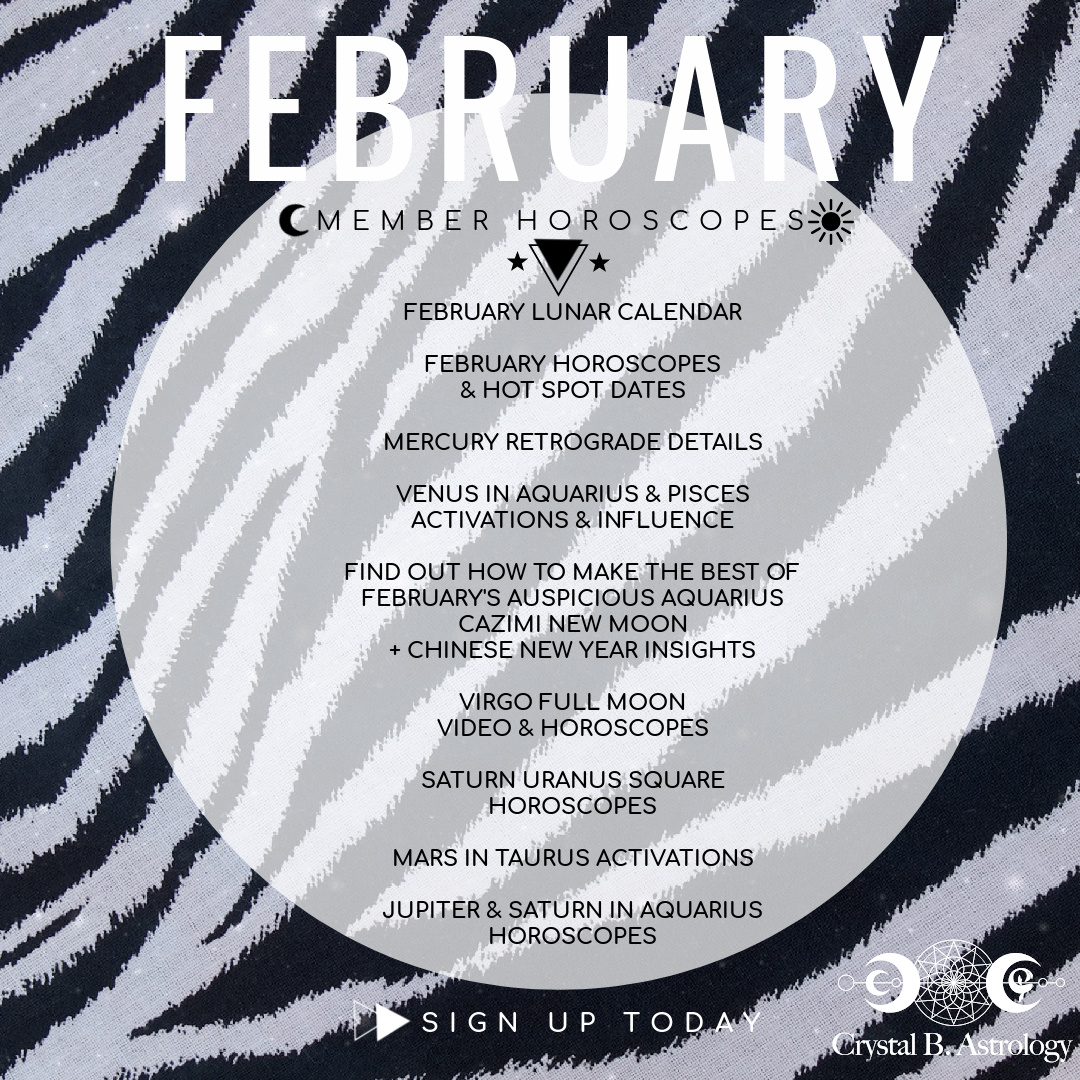 Now on Sale: Learn More About 2021 & the Influence of Air 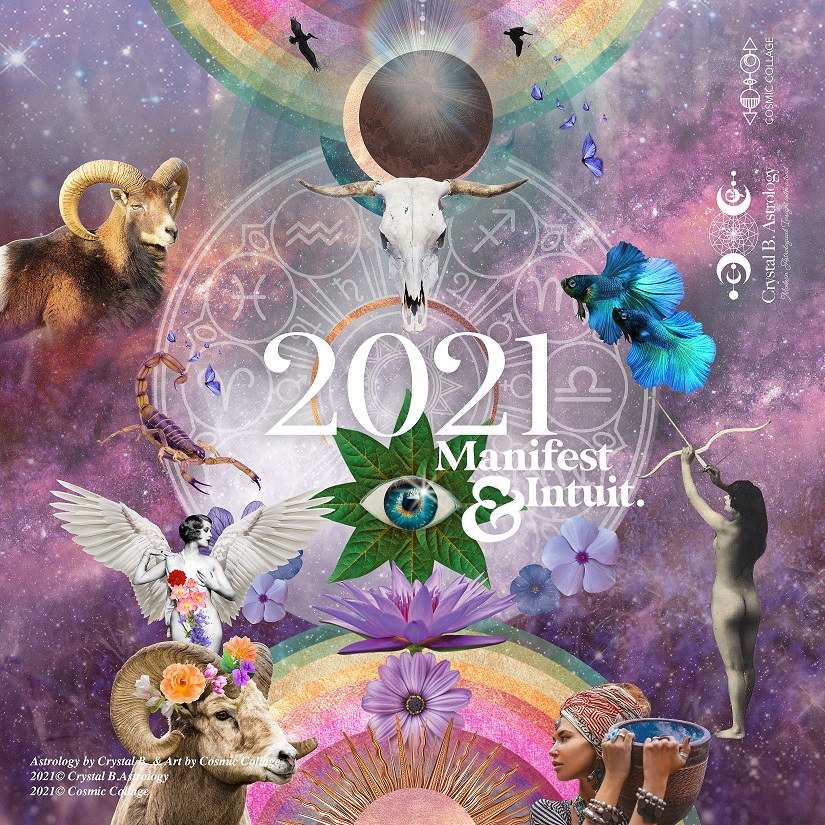