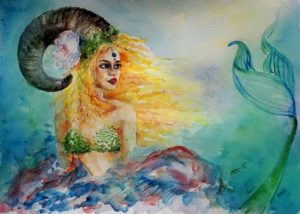 The Saturn in Capricorn transit begins on December 19, 2017 and will be in effect for approximately 3 years after that.

It’s a momentous shift and one that deserves our attention—especially if you’re looking to find out what happens next. Saturn, the planet of karma, patience & perseverance, is one of the biggest players in the zodiac. When he makes a change it can impact many of our lives forever. His entrance into Capricorn will officially end the Saturn in Sagittarius transit which created a whole new playing field for many of us. However, now it’s time to take things to a totally different level.

A new twist in our karmic paths is calling.

The Capricorn Sea Goat, a mystical symbol, represents our connection between the physical realm (land) and the waters of consciousness (sea). We’re moving into a period of time where it’s going to be important to crystalize our visions into something real. This is a time where we have the opportunity to wake back up again. Saturn’s influence will be pushing us to get in touch with our own inner reserve and giving us the necessary ingredients to make our own magic.

It’s a time period where we can take our destiny into our own hands.

Every several years, Saturn changes signs. He moves rather slowly staying in each sign for about 2-3 years (give or take) and likes to make a statement while he’s there. In this instance, he’ll likely make the biggest statement of them all given that Capricorn is Saturn’s home base. He operates well in this sign because the two of them go together like two peas in a pod.

In general, Saturn’s influence makes us ground down and focus on the big things that need to get done. Sometimes we’re ready to push our sleeves up and tackle the tough stuff …. and sometimes we’re not. Life is so much easier when things are easy.  But good ‘ol Saturn is anything but easy.

He’s father time – a wise old soul bruised and battered because of the hard work he’s put in. The more open minded you are into seeing things from a new perspective – the easier you’ll handle his influence.

Saturn also likes reality. When under his influence, he ‘s known to come in and tap, nudge and most often push us into important reality checks. He also likes us to put in some hard work. If you’re up for a challenge – Saturn’s your man.

But most of us prefer not to invite Saturn to the party.

He can be a real Debbie Downer and mess with our ability to let loose. Only a rare few can appreciate his sarcastic style. Eventually, however, we all need his help to ground down and get real about things that aren’t working. He pushes us to get rid of the things that need changing and ultimately find better ways to operate.

Saturn is a reminder that everything has a price.  Success is not going to be handed to us on a silver spoon. If something’s not working, Saturn can help us figure out what needs to stay and what needs to go.

On the positive, he also has a pretty powerful way of making our hard work and achievements stand out. Saturn likes those of us that have have put in the time.

Saturn is not luck – he’s all you and everything you’ve done to make your own magic.

Being a Saturn ruled person, I know the guy pretty well. He makes me take the long way around every single time and I’ve cursed him out a few times for sure. But with time, I’ve come to appreciate him and see the benefits of his changing style. No matter what our personal astrology the bottom line is that change is inevitable but the grow part is totally optional.

Getting back to the here and now …

With Saturn entering the sign of Capricorn on December 19th, 2017, his energy is coming home. The reason I say that is because Saturn is literally in his home base when he moves through Capricorn. He likes it there and I can guarantee you will see some major moves coming out of people as a result. Saturn and Capricorn work together like macaroni and cheese very well—but they aren’t warm and fuzzy per say. They are a hard core team that can be rather ambitious. Someone is going to have their eye on the prize.

Saturn likes to get ahead, and cut through the BS, when he’s wearing his best clothes. Some of us are really going to appreciate this.

Themes We Might See Coming out of the Saturn in Capricorn Transit:

As far as how things shake out for us personally …

Those that will be most influenced into action by the Saturn in Capricorn transit will be the Cardinal signs: Aries, Cancer, Libra and most significantly Capricorn.  Great achievements have the potential to come to those born under: Taurus, Virgo, Scorpio & Pisces. Those born between 1988-1991, otherwise known as the Millennials, will experience their first Saturn return which is one of the most significant transits in a person’s life.

Find Out More About the Saturn Return

The last transit of Saturn in Capricorn was from February 15, 1988 until February 5, 1991. Before that it was January 1959 through January of 1962, and December 1929-November 1932. In the more immediate future, some key time frames to be aware of include May of 2018 when he makes a perfect trine to Uranus (who will be newly entered into Taurus). Jupiter in Scorpio will also be intertwined which will create some well deserved opportunity for some. The essence of doing something different will still be in the air as a result.

On the more challenging side of things, Saturn will begin to do a dangerous dance with Pluto towards he end of 2019 into 2020 (exact in 22 degrees of Capricorn). Jupiter, the great expander, will intermittently tango with them on and off throughout the rest of 2020. During that very important time, global and personal events will begin to play out in big ways. Things will significantly change during that period. Many astrologers believe that it will be one of the most important transits of our generation.

Saturn will remain in the sign of Capricorn till December 20, 2020. He take a 4 month break from Capricorn and immerse into the sign of Aquarius on March 23, 2020.  However, he’ll move back into Capricorn in early July 2020 and then remain there till the end of the year.

Get More Details Into Saturn’s Effect on Your Sign 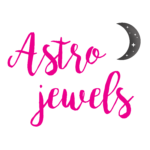 Connect to the Capricorn Energy through Crystals

Discover Other Astro Jewels that Optimize Each Sign’s Energy