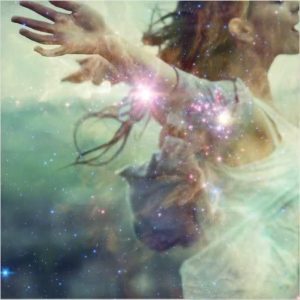 On June 22nd, 2015, Jupiter and Uranus will come together in the most magical way — for the last time.

The popular saying, “Save the Best for Last” comes to mind when I think of this grand planetary finale (referred to as a Jupiter Uranus trine). Jupiter and Uranus have met up before—2x already to be exact.

The first time was on September 25, 2o14. That was great but Jupiter wasn’t quite giving HIS all since he was going RETROgrade.

The second time was on March 3rd, 2015. That brought out some great energy too.  However, Uranus wasn’t quite giving HIS all at that time since he was going RETROgrade. Plus he was moving into that nasty last square with Pluto which peaked mid-March.

Now we’re approaching their third and final get-together. On June 22nd, 2015 both Jupiter and Uranus will be moving full speed ahead—totally uninhibited and working together in the most harmonious way.

It’s a combination I’m definitely looking forward to. When you take luck, opportunity, surprises and good fortune and mix them all together—it’s enticing and rather exciting.

Even if we did absolutely nothing at all, we’d still have the potential to feel this good energy. Easy opportunity is what this combo is all about but if you’ve put in some hard work it’ll be even better.

A feeling of freedom and utter happiness comes out of this too. Jupiter is the planet of abundance and he can make us a feel a happy type of high. Uranus is the great awakener and planet that helps us feel free and break out of restrictions.

Feeling stuck? Don’t worry – you’re about to be released and feel a sense of freedom again. Feeling unhappy? Hang in there – a major mood lift is right around the corner.

There’s just no stopping it now 🙂

This article is also published on the Elephant Journal under : “Luck & Auspicious Coincidence In the Stars”

Crystal B is no ordinary Astrologer. Her gifts go way beyond simply mapping the star chart of your destiny. She sees right into your sparkly soul and with a touch of magic knows exactly what you need to navigate those heavenly curve balls. A consultation is like meeting up with your best friend who just had a sit down with the universe and has the inside scoop. As a fellow intuitive (and Pisces) I trust her wisdom and guidance. I’m in awe of her lifetime of experience and knowledge, but even m… END_OF_DOCUMENT_TOKEN_TO_BE_REPLACED