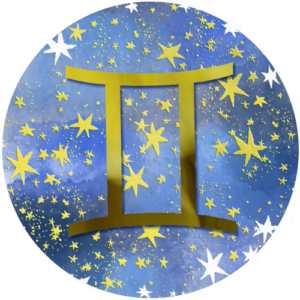 August is a time for you to do what you do best — multi-task and push yourself to be out and about. I encourage you to do just that, given the intensities surrounding the month kick-off. Your mind is on over-load and it’s going to be better for you to get outside of your head and all that thinking…..and internalizing. Thankfully, there’s a lot happening to help you to do that. The season ahead is one that can help you light your fire and begin making new connections. A time of initiations surrounds you with Mars moving fast and furiously ahead in your house of networking. I want you to grab the opportunities, while they are hot ….. because things will get a lot slower next month.

The heat of the Sun will be asking you to push the envelope in more ways than one. It’s also possible that you find yourself involved more with friends, neighbors and even relatives (like cousins, aunts and uncles). Be in tune with your boundaries along the way. New definitions of where your line begins and ends may need to be sorted through.

Venus finally leaves your sign, as well, which is going to create a major shift. Added attention now comes into your money house … including the potential to manifest additional income. A new and improved need to speak up and get your point across will be coming on strong! A bigger focus on communications with others promises to be a major part of the weeks ahead. Communication is something you’re very good at Gemini…so this is a keen time to get your thoughts out into the open. Let your curiosity lead the way.

Maybe you decide to get in the car and take a short road trip. There’s lots of possibilities and you’ll need some hope factors to keep your momentum up.

On August 1 your ruler Mercury will be making a strong opposition to Pluto. Intense thoughts, including fears of the unknown may surround you. New thoughts will begin swirling surrounding how to tackle the forces you’re feeling opposed by.

On August 3 an Aquarius Full Moon creates a major focus on themes pertaining to trips, education, self-promotion, publishing & your beliefs. More details and links to video below …

You ruling Mercury finally makes a sign change on August 4 and begins to influence the same area the Sun is influencing – your house of communications. I’d expect some news or some sort of movement to begin, as a result! You’ll be more than ready to GO somewhere. Mars will also be putting some pressure on Jupiter at the same time, possibly creating some luck, strength and courage to keep forging ahead.

On August 7, Venus also makes a MAJOR sign change (something she hasn’t done since April!) She will leave your sign and enter a totally the new playing field of Cancer. It’s now time for your money & values sector to start getting the planet of love’s attention. This helps you to attract material possessions, money and people. Financial opportunities now have a great likely hood of showing up. With that being said, it’s important to be careful of over-spending. You will be drawn to beautiful things so watch out! An important caveat to be aware of is that later in the month (beginning on Aug 25), Venus will go up against Jupiter, Pluto & ultimately Saturn (in early September). Ouch! Check out my Hot Spot Dates below for the ins & outs.

High energy comes to your door between August 10. Your ruling Mercury, the communication guru will create mixed messages as he battles Uranus. There will be a Quarter Moon following this on August 11 asking you to find some grounding, while adding more turning points.

On August 15, Uranus (the planet that likes to SHAKE things UP) stations retrograde and creates a stir! Some unexpected encounters, as well as major downloads of insight have the potential to find us. Watch for insights into themes pertaining to secret revelations or subconscious awakenings. Click here for more detailed info surrounding the Uranus in Taurus transit.

A great day awaits on August 16, with your ruling Mercury getting some beneficial action from both Mars & the Sun. You’ll be moving and shaking – in powerful ways!

On August 17 the Sun + your ruling Mercury will collide and creating new information and insight in your house of communications. News, a trip or some sort of important revelation could be in store.

One of my favorite New Moons of 2020 takes place on August 18.  Aim high with this loud, proud & courageous renewal New Moon. Set your intentions and expect extra attention into this month’s highly active themes involving trips, siblings, communications & neighbors. Maybe a short trip is in the works or you’re working on new modes of communication! More details and video below …

Serious plans are looking to be made and details looking to be uncovered as the sign of Virgo begins to hit the scene! On August 19, your communicator Mercury enters the Virgo terrain and then the Sun follows on August 22. This will start putting new attention into themes surrounding your family & home. It may be time to start laying down a new framework in this area.

Expect a high energy day on August 25, with a Quarter Moon stirring your boots and your ruling Mercury getting some electric shocks from Uranus. An opportunity to think outside the box will surround you. Try not to let your thoughts run wild!

The power of positive thinking arrives on August 29, with your ruling Mercury operating favorably with future oriented Jupiter. Something favorable has the potential to be delivered, from the winged messenger.

Watch for intensity as the month of August closes out. On August 30, Venus (operating in your house of money, values & possession) will come head to head with powerhouse Pluto in an opposition. This may create tension, as well as disconnects in your needs vs. those of others. Watch for over-spending! 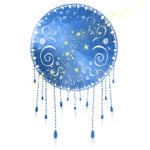 Themes involving travel, learning and self-promotion come into play for you with this month’s Full Moon. The emphasis might be put on a trip, a religious pursuit or a particular belief system. Learning endeavors or educational pursuits could also get some extra attention or something involving a legal situation. Situations involving your in-laws or grand-children could also be prominent. A teaching, publishing or promotional opportunity could surface. A balancing act or decision may come into play in regards to how you communicate or something involving a sibling.

Your communications could also be feeling some stress right now since there is some confusion surrounding your house of communications & transportation. 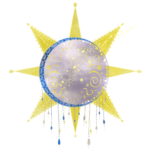 This month’s New Moon energy will highlight themes pertaining to siblings, neighbors, communications & short trips. Something new involving a learning activity, a car (method of transportation), a sibling or relative (aunt/uncle/cousin), communications/news, short trip or events surrounding your neighbors could highlight under this New Moon.

Given that we all have many sign’s influences running through us, it’s always important to look at the whole range of planetary aspects taking place. Our personal astrology charts usually contain the influences of many signs. For you personally Gemini, it’s important to make special note of what Mercury (your ruling planet) is up to.

Crystal B is no ordinary Astrologer. Her gifts go way beyond simply mapping the star chart of your destiny. She sees right into your sparkly soul and with a touch of magic knows exactly what you need to navigate those heavenly curve balls. A consultation is like meeting up with your best friend who just had a sit down with the universe and has the inside scoop. As a fellow intuitive (and Pisces) I trust her wisdom and guidance. I’m in awe of her lifetime of experience and knowledge, but even m… END_OF_DOCUMENT_TOKEN_TO_BE_REPLACED