Corona Virus Astrology: Learn More About What the Planets Have to Say 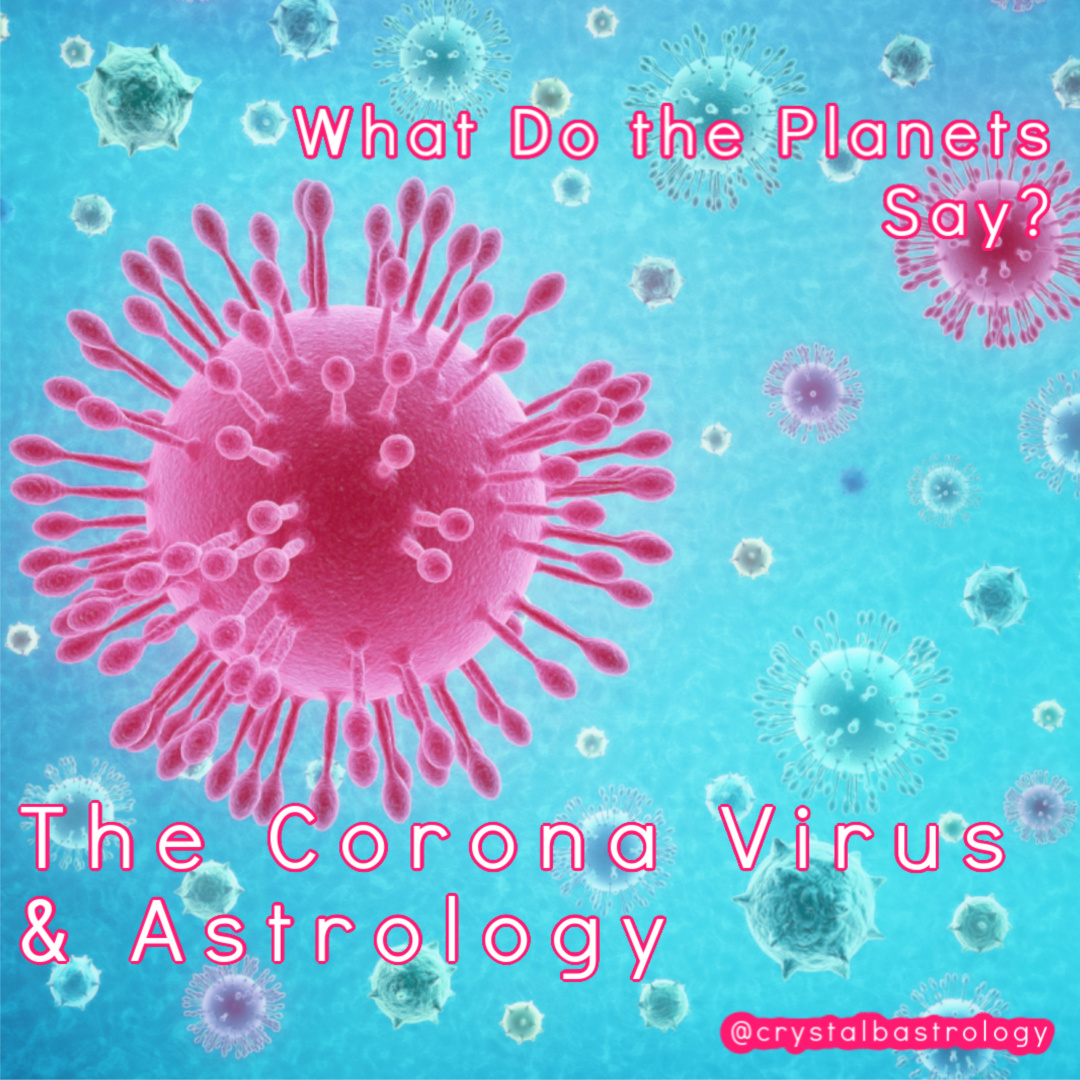 The Corona Virus Astrology Helps to Deliver Clues About its Significance

There is no doubt that news has been rampant this Mercury Retrograde season, most of it centered on the Corona Virus. The new strain of illness has caught massive attention worldwide, creating fear and uncertainty with so many fatalities. New reports continue to surface every day—across the world. The astrology behind the Corona Virus helps us to take a step back from the uncertainty and uncover some important information.

The world is changing and the Corona Virus is looking like a very important catalyst into beginning some of its most impactful shifts. We just experienced a massive collision between Saturn and Pluto on January 12th which broke structures down in order for a future rebirth to take place. As I wrote, “This once in a 34 year transit holds the keys of major change, personally and globally, that have been building for quite some time.”

Whatever the case, it’s important to remember that we are in a Mercury Retrograde till March 9th.

Mercury retrogrades are notorious for creating swirls of information — some of it true and some not. This particular Mercury Retrograde has been in Pisces, a sign that has no boundaries. The virus certainly seems to have a hard time being contained. Pisces also has a hard time distinguishing facts, but right alongside Mercury’s turn direct will be a Super Full Moon in Virgo. Details and new information will likely reveal itself then…. and likely continue as this Super Full Moon is the first of 3 in a row.  Something else to consider is that Mercury will not leave its shadow zone till the end of March. All the facts should become clearer by then.

However, there are other astrological factors to keep in mind when looking at the Corona Virus Astrology….

On March 9th (same day as the Full Moon & Mercury turns direct) Saturn will enter his critical 29th degree.  This major planetary player is getting ready to make a big sign change, something he hasn’t done since the end of 2017. Turning points and major events tend to happen right before a high impact planet changes signs. On March 21st, Saturn will enter the airy sign of Aquarius. He will stay there till July 1st and give us hints into the next chapters ahead.

Learn More About the Saturn in Aquarius Transit

On April 4th, the first of 3 major collisions between Jupiter and Pluto will take place. This will reveal where rebirth needs to take place out of the things that were destroyed earlier in the year with the Saturn Pluto conjunction. Interestingly enough, the second Super Full Moon will take place right alongside this on April 7th. The sign highlighted will be Libra, denoting partnerships. Perhaps news of united force or collaboration comes front and center.

Venus, the planet of love, money, relationships and health, goes retrograde in 2020. She begins her back track on May 9th, just a few days after the 3rd Super Full Moon—-in Scorpio. Expect more discoveries and another turning point at that time. Saturn will also go retrograde, in Aquarius, right around this then creating even more awareness into vulnerabilities and things that need to be reworked.

The Moon’s Nodes will shift into Gemini and Sagittarius in June 2020, exiting their two year run through the Cancer/Capricorn axis. This is going to create even more attention on the air element (Gemini) and “airborne” themes. International boundaries, travel and freedom to expand horizons (Sagittarius) will also come into play.

There will be other astrological factors to consider along the way, but these are some of the radical planetary happenings of 2020. I have no doubt there will be more to come given the impactful astrology. Hopefully the brilliance of Aquarius comes through, sooner rather than later, to help deliver the cure.

Learn more about all of these radical planetary shifts in Crystal B’s Member Horoscopes including videos, articles & special learning tools.

Check Out What's Inside Membership in March 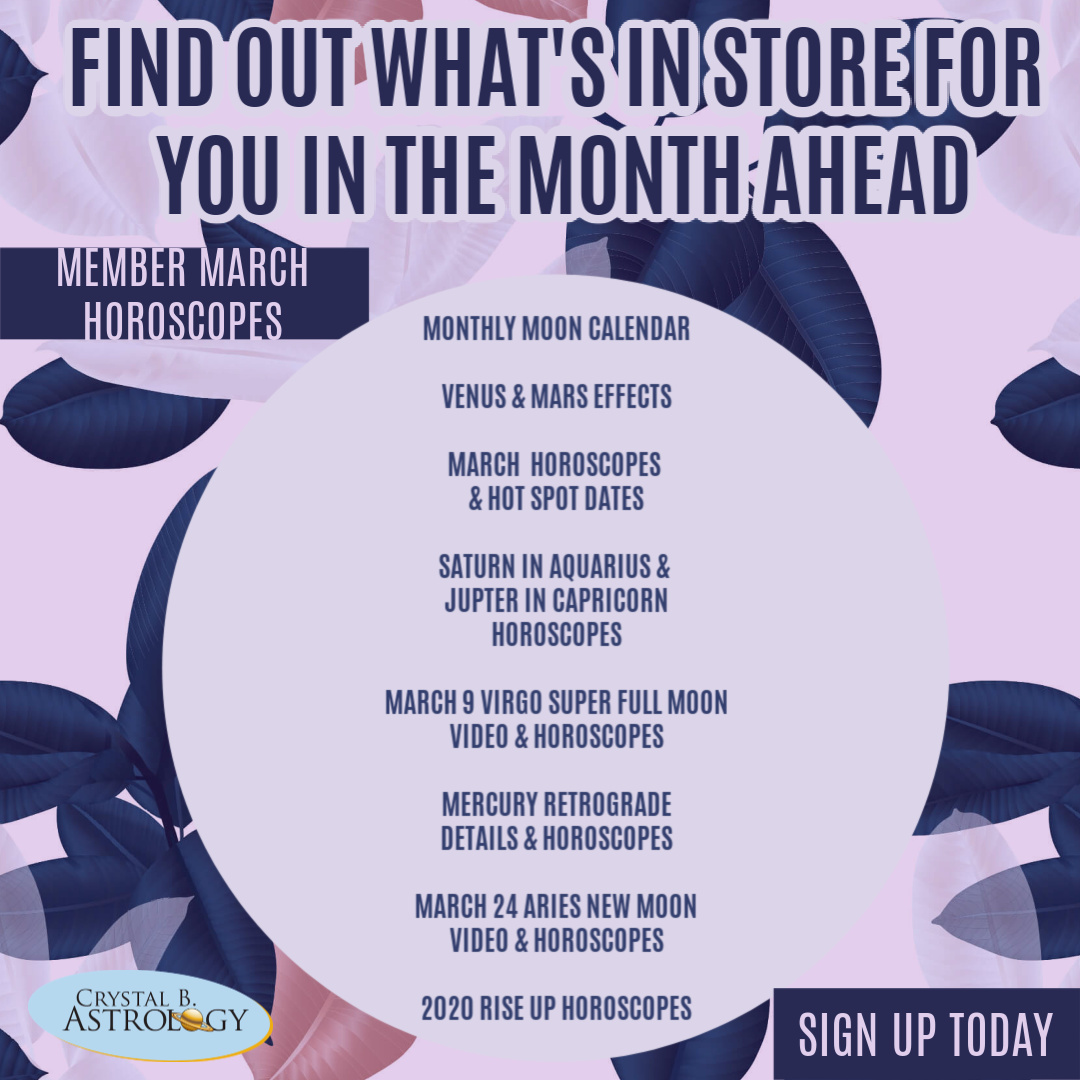