Astrology Behind 2020 People of the Year 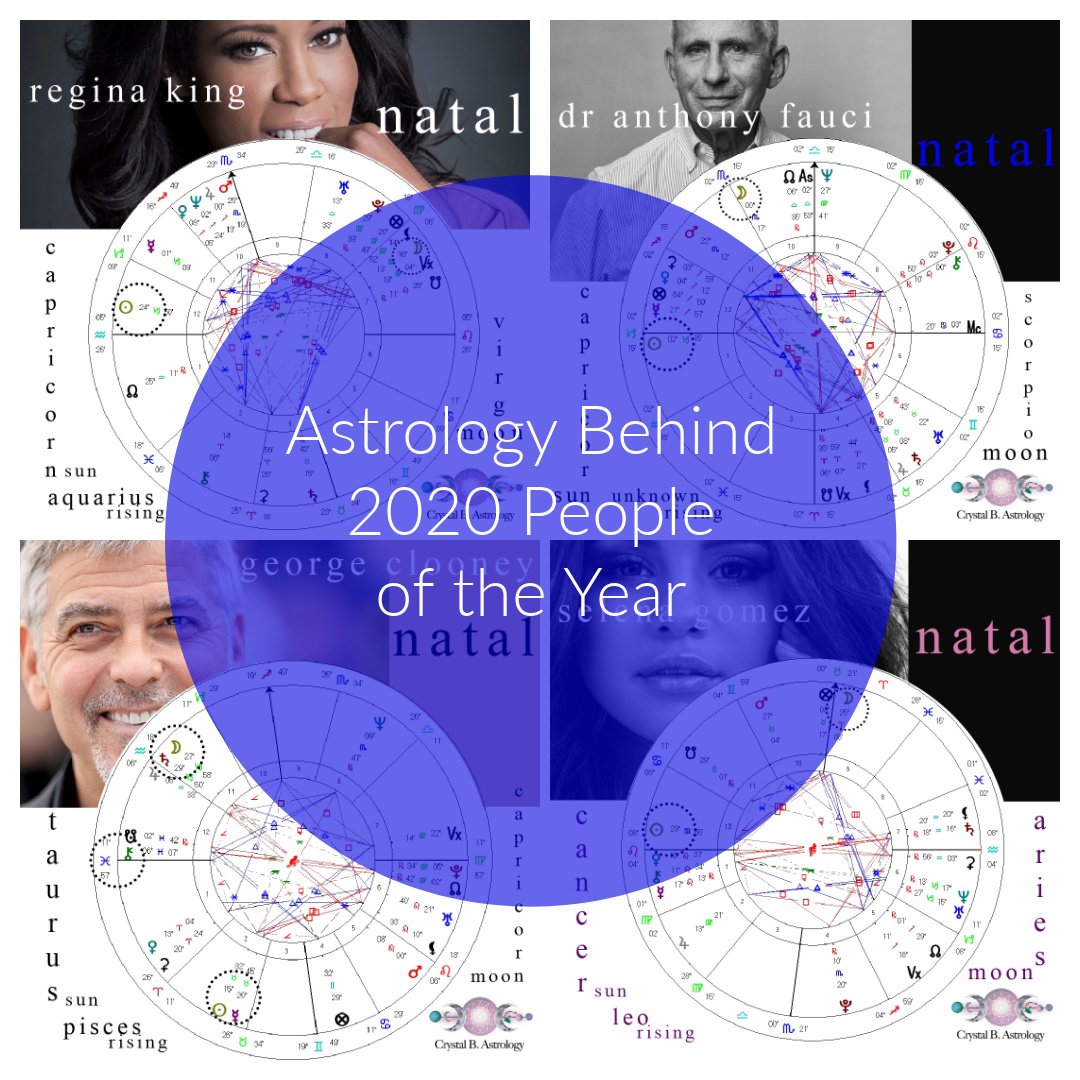 Interested in the Astrology Behind 2020 people of the Year?

People Magazine recently named the “2020 People of the Year.” Given that’s it’s been such a momentous year, there’s no doubt that these four people made a major impact. Regina King, Selena Gomez, Dr. Anthony Fauci and George Clooney came in at the top. I was personally curious about how the astrology of these four celebrated individuals lined up.

Astrologically, 2020 has been a Capricorn and Earth  (Taurus + Virgo + Capricorn) dominated year. Knowing that, I was interested in seeing if those influences came through. Interestingly enough, all of these signs showed up when looking at the combinations of the nominees. The other cardinal players: Cancer, Libra and Aries have also moved mountains, despite being tested to the MAX. That can be seen particularly in Selena Gomez’s chart.

Let’s take a look at how each nominee’s stars align! 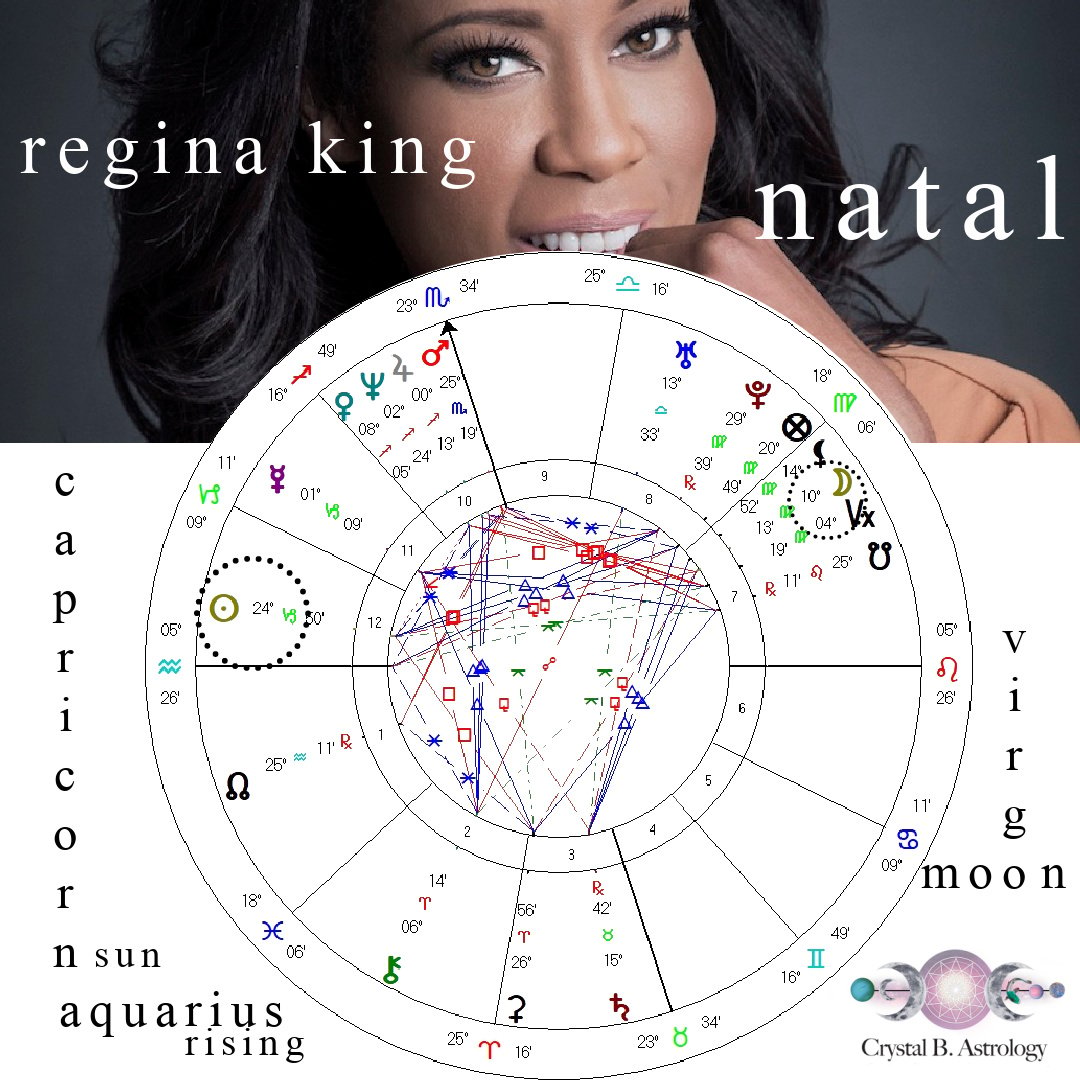 King and her hard working Capricorn Sun won an Emmy in September and is making history with her directorial debut, One Night in Miami. She also used her voice to encourage people to vote. Her Aquarian nature was also sparked as she called for support of marginalized communities during the pandemic and ending police brutality. 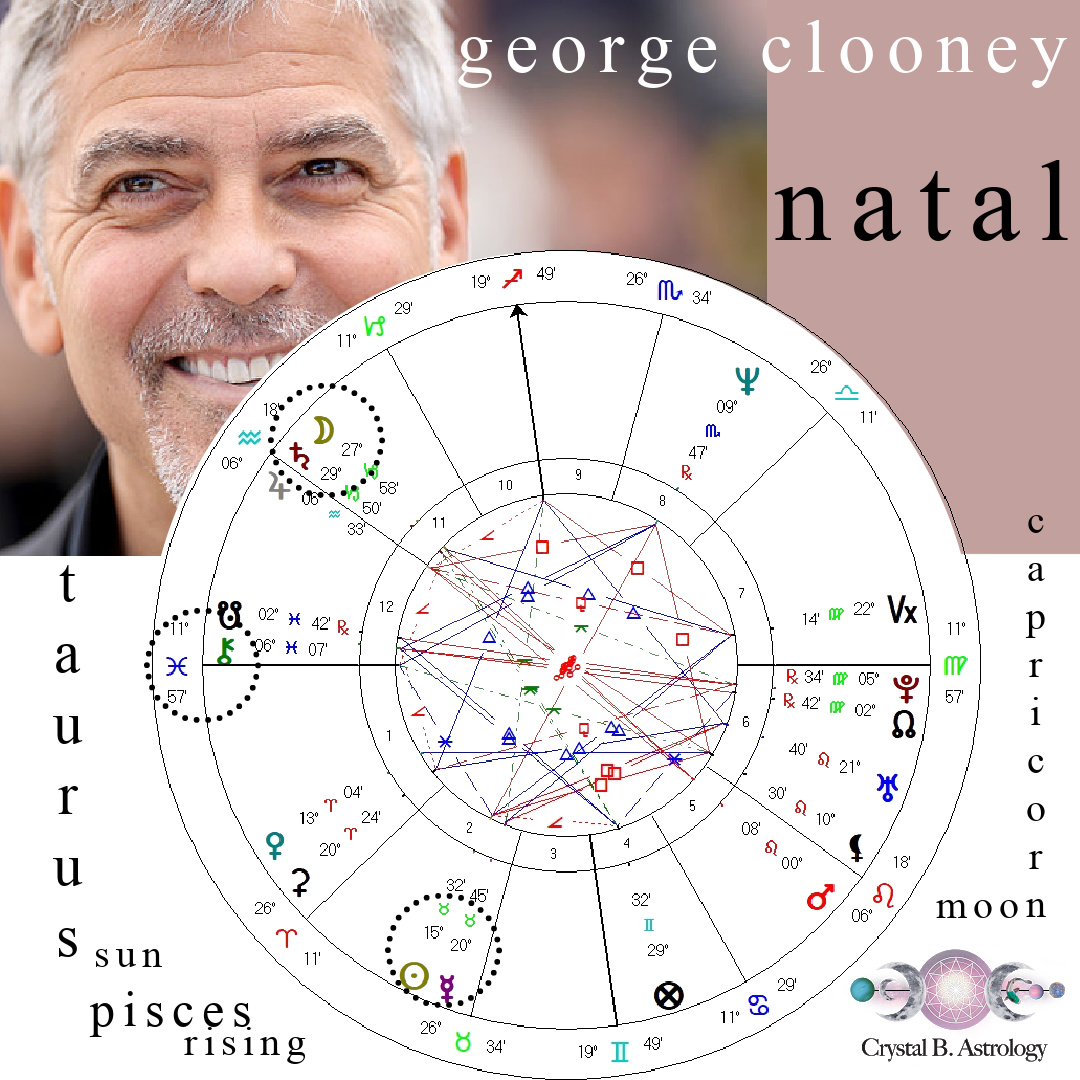 Clooney has been receiving Oscar buzz and spotlighted for donating very large amounts to both Equal Justice Initiatives and COVID-19 relief efforts. His very charitable and giving nature are very Pisces indeed! 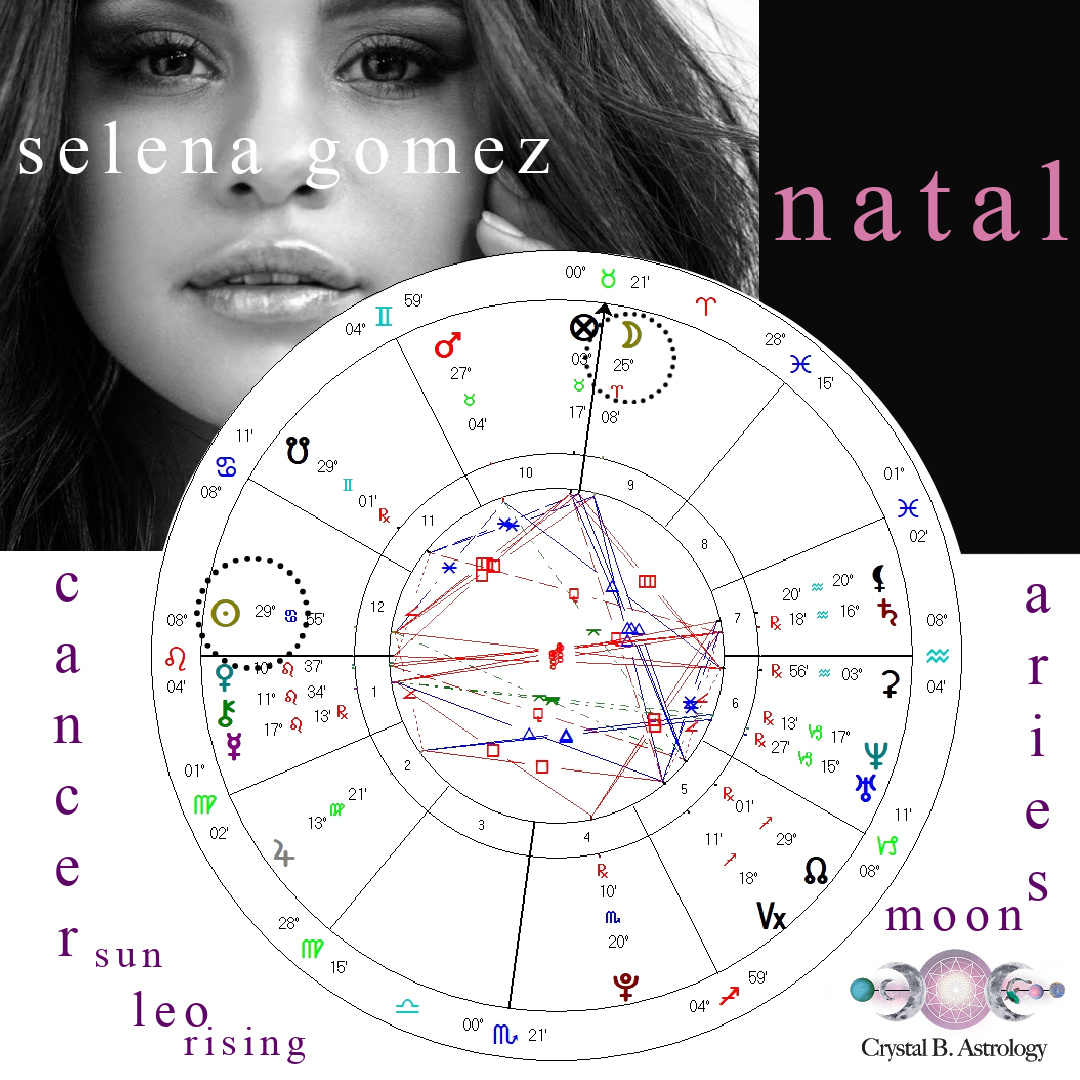 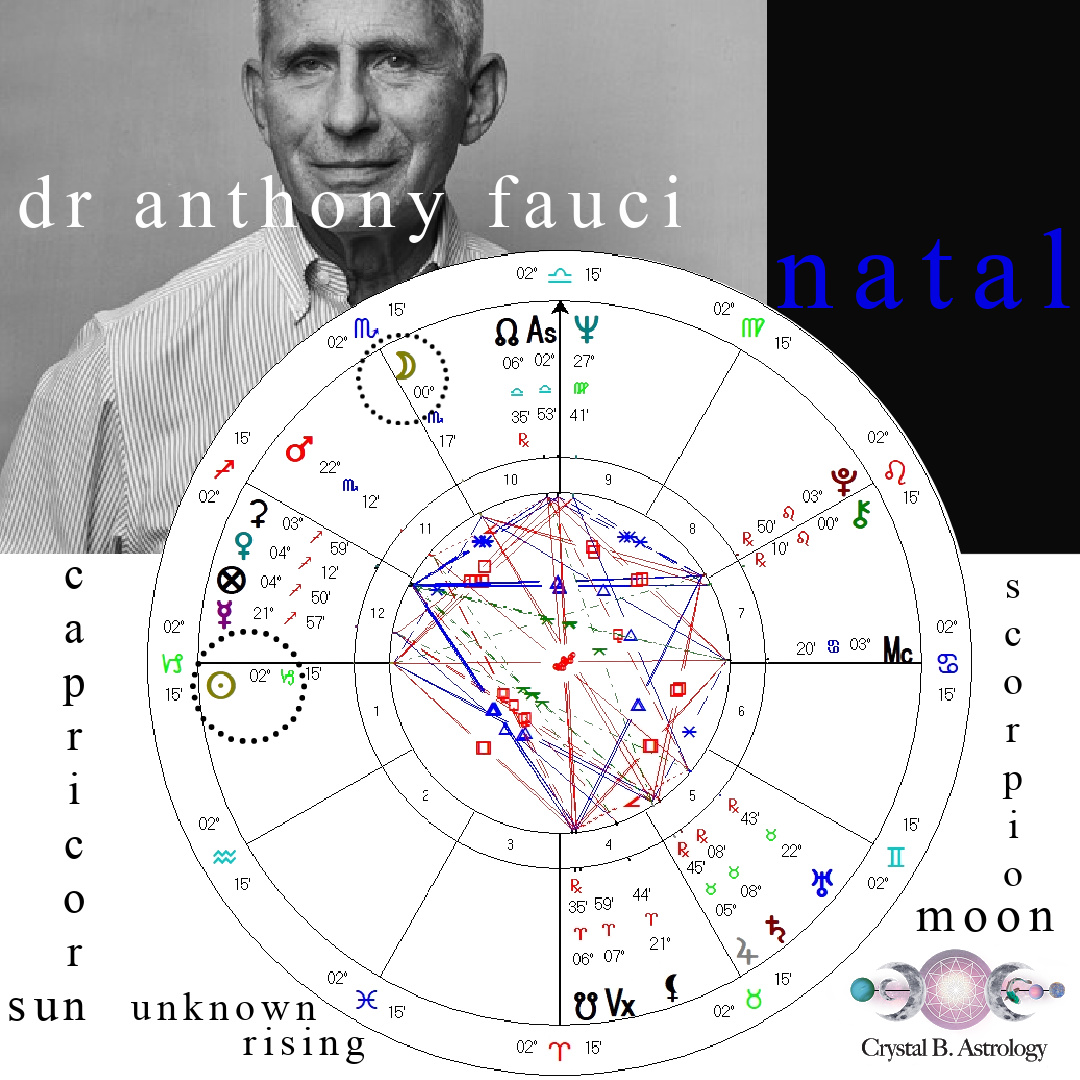 Dr Fauci has been America’s rock when it comes to pandemic matters. He has been one of nation’s leading sources of valid information about the fight against Covid-19. Both Capricorn and Scorpio are known for being crisis managers. Capricorn, in particular, knows how to keep calm, cool and collected when the heat is on. There is unfortunately no exact birth time for Fauci, which means we don’t know what his rising sign is.

Check Out What's Inside the Membership in December 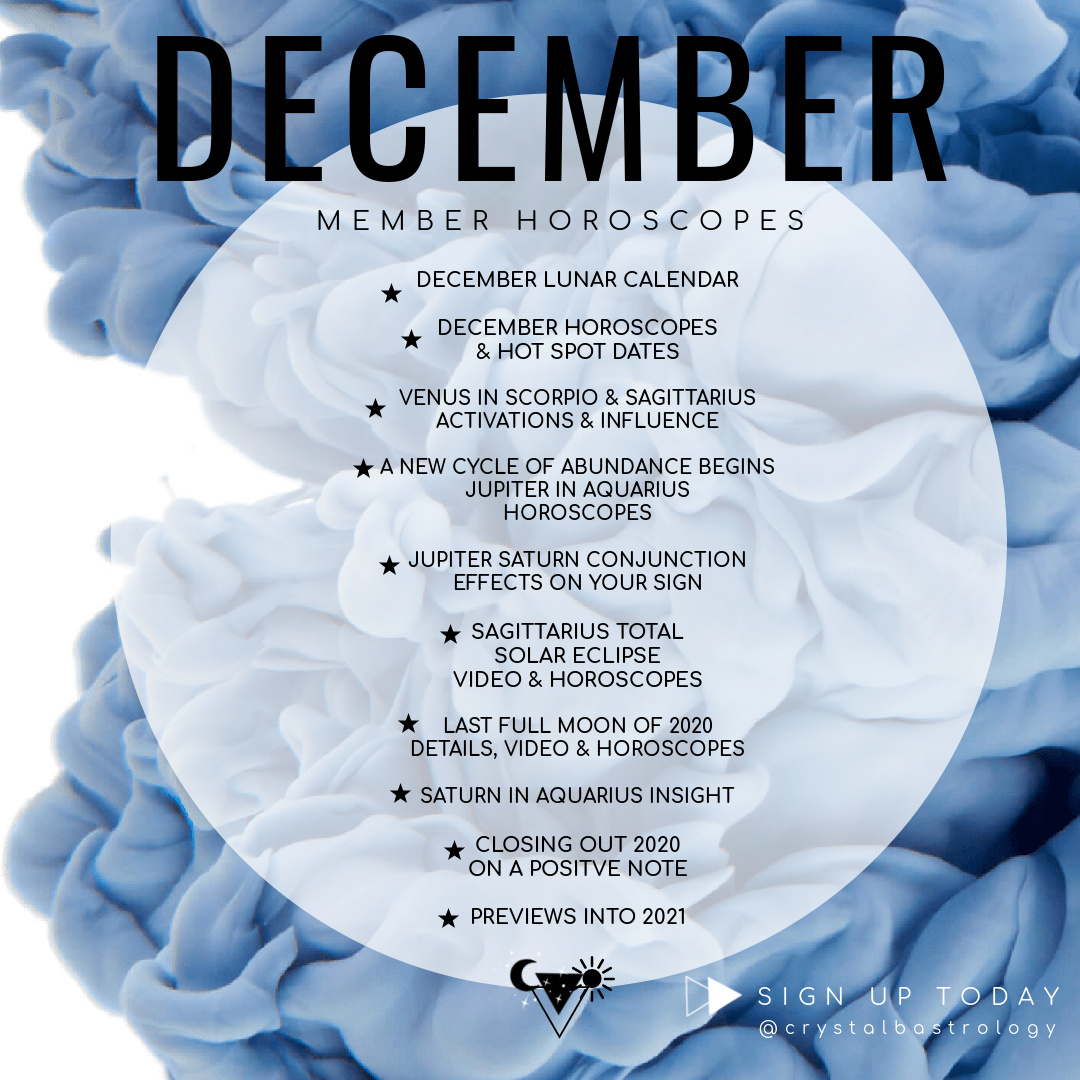 2021 is Almost Here! Get Your Annual Guide & Inspiration for the Next! 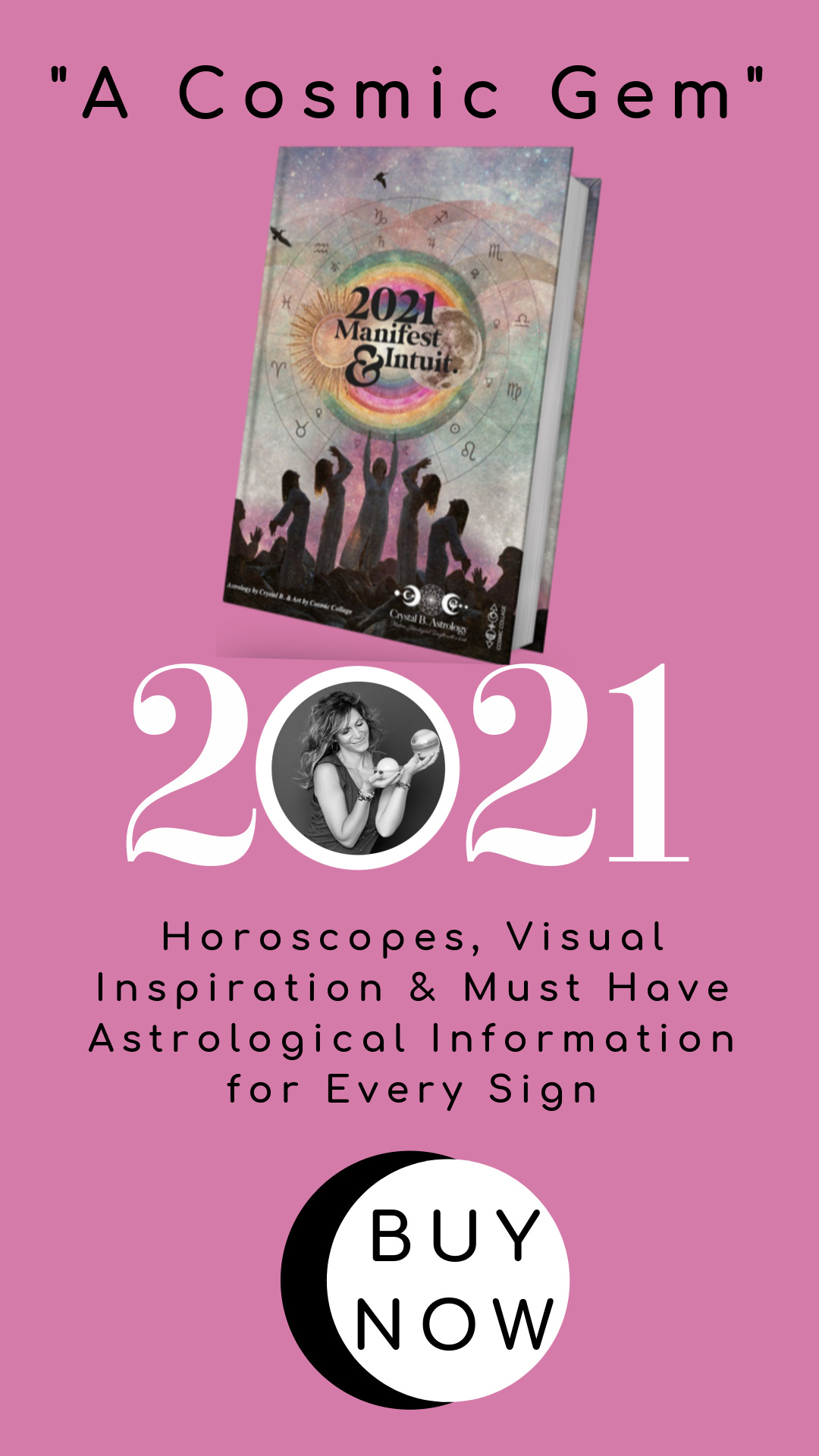